Buckingham Palace released the latest photo of the four royals as they embarked on the new titles following the death of Queen Elizabeth on September 8. The photo shared by the Palace shows King Charles with Queen Consort Camilla along with the Prince and Princess of Wales.

The new portrait, showing the four royals side by side in all-black mourning clothes, was taken at Buckingham Palace on the night before Queen Elizabeth II's funeral on September 18.

The photo was taken on the night they hosted a reception for world leaders who travelled to London for the funeral.

Royal fans cheered for the new King and the Queen as soon as the photo was shared by the Palace on the social media. 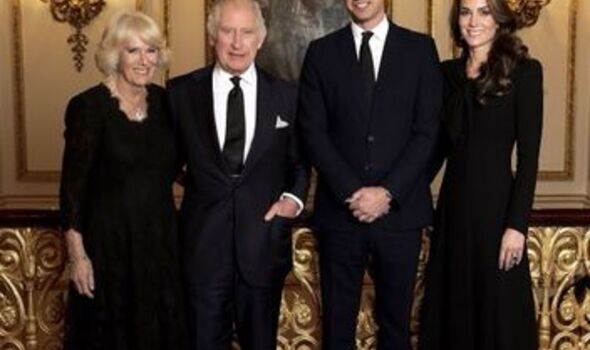 Another user, @Angel_whispers commented: “The late Queen would be so very very proud, one hundred respects for you all”

Meanwhile @Thewalesbrasil commented: “Amazing photo, the present and future" with another saying, "so adorable to see the strength during the unfathomable loss, and continuing duty”

The nickname which was once used to describe William, Kate, Prince Harry and Meghan Markle has now been given to the royals in the photograph by user @Victoria bustos who said: "The authentic fantastic four. Queen Elizabeth would be so proud of them."

READ MORE: Prince William 'frustrated' as Sussexes given role 'he had eye on'

On September 18, the former Prince of Wales, Charles was declared as King Charles III.

The event took place at St James's Palace in London, infront of a ceremonial body known as the Accession Council.

He announced he had made his son William the Prince of Wales, with his wife Catherine the Princess of Wales - the title last used by William's late-mother Diana. 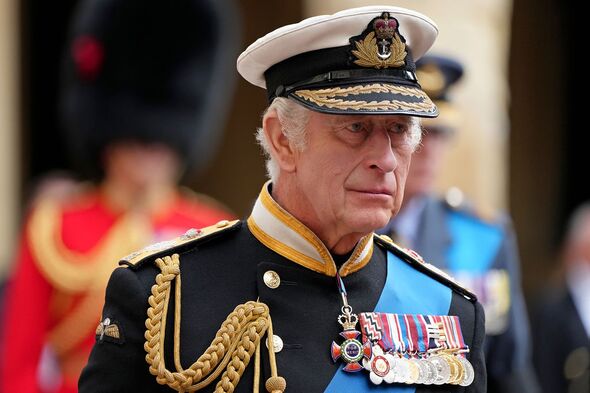 The King also expressed his “love for Harry and Meghan as they continue to build their lives overseas”.

Speaking about his wife of 17 years, Camilla, 75, who becomes the Queen Consort, he said: “I know she will bring to the demands of her new role the steadfast devotion to duty on which I have come to rely so much.”

Many royal fans continued to pay their respects to Queen Elizabeth II as they looked at the new photo.

Voices: The Trump Organization has been found guilty and the January 6 committee believes it has evidence of criminality. What now for Donald?

We’re Britain’s most prolific extras and have appeared on TV 2,500 times – and now our 7 year old daughter is joining us

Keke Palmer responds to trolls who criticised her for not wearing makeup: ‘Get the help y’all need’

I’m a 28-i cup – I showed my exact method for applying boob tape, people are shocked by the difference it makes

Family pays tribute to ‘bright and talented’ girl, 5, who died after catching Strep A