Health authorities in Spain have sounded the alarm after an employee from a poultry farm was infected by a strain of bird flu late last month. This marks a rare case where the virus, which can decimate poultry stocks, was transmitted to humans. The worker remained asymptomatic until he was tested negative, and had no other known infections, Spain's health ministry said. Officials noted that as of Monday, 79 outbreaks of avian flu have been detected in wild birds and 36 in poultry farm. The infected person worked at a poultry farm in Guadalajara, Spain, where cases of the disease were first detected among bird on 17 September, 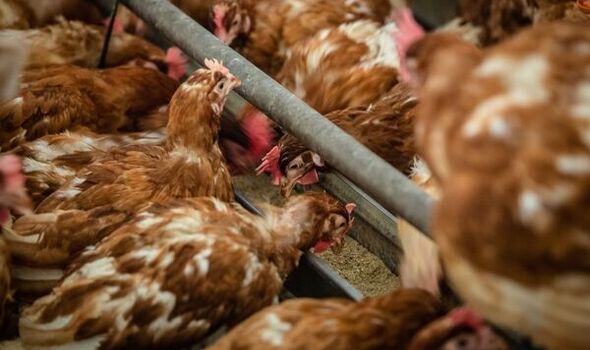 After being detected to carry the virus, the employee was placed in isolation at his home, where he stayed until he tested negative on 28 September.

According to a statement from Spain's Health Ministry, the man's close contacts had tested negative, which they said highlighted the fact that "transmission from birds to humans is considered a rare phenomenon and human-to-human transmission is extremely infrequent."

How does UK’s ‘Christmas of discontent’ compare with the rest of Europe?

Coca-Cola truck 2022: NEW stop for famous UK Christmas tour - where it will be next

My romantic night out at Christmas markets went horribly wrong after I went on funfair ride, I hated every second

UK strikes timeline: How December’s industrial action will affect you

Harry and Meghan: What to expect in the second volume of the Netflix series

Mum shares how to elevate Christmas baubles without spending ages hanging them individually, but people are left divided

The best Revolut betting sites in the UK: Top 10 sites for December 2022

French Holocaust denier caught in Fife 'does not consent to extradition'