Harry and Meghan: People share their opinion on the royal couple

Royal experts have slammed Prince Harry and Meghan Markle’s new Netflix series and called it “all sizzle, no steak” after the show was released on the streaming platform on Thursday morning. The second part of the series will be released on December 15.

Former BBC royal correspondent Michael Cole said the first three episodes have been “all sizzle and no steak” and asked: “Where is the beef?”

He went on and claimed that the couple have been “whinging and whining” whilst living in a “hilltop fortress in California”.

During the show, the Royal couple spoke about life in the Royal Family, press intrusion and racism.

However, Buckingham Palace has not yet responded to the claims. 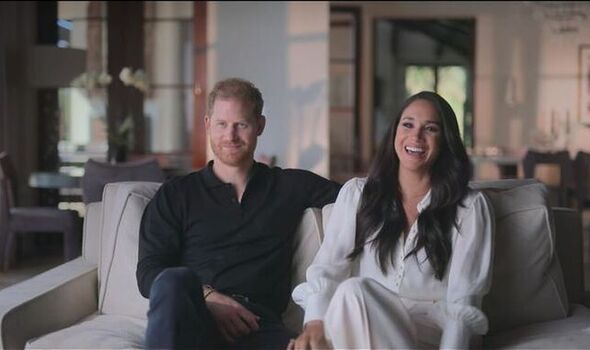 The first part of Harry and Meghan's documentary was released on Thursday morning (Image: Netflix) 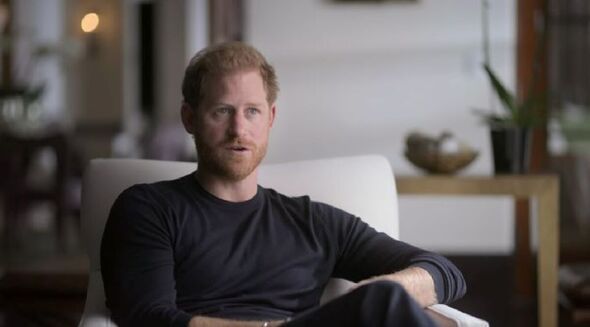 The second part of the documentary will be released on December 15 (Image: Netflix)

At the start of episode one, a message says members of the Royal Family declined to comment on “the content within this series”.

The episodes released on Thursday - which include sit-down interviews with the couple and their friends, as well as a video diary - cover a range of topics, including the couple's difficult relationship with the tabloid press, and the Royal Family's response to racist news articles written about Meghan.

ITV's royal editor Chris Ship said the couple “basically video diaried their way out of the royal family”, despite having complained about media intrusion in their lives.

Speaking to GB News, Mr Cole said: “This is all sizzle and no steak; an expression I'm sure Netflix will understand. Where is the beef? 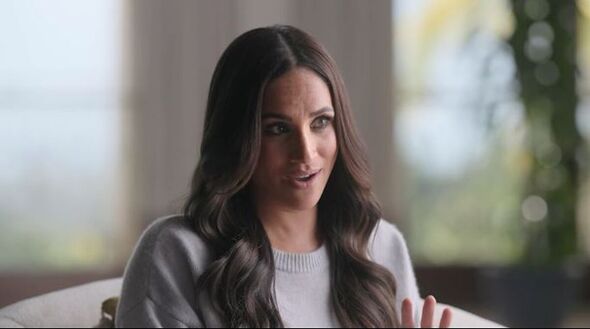 The actress shared her experience on the series (Image: Netflix)

“Because it is not living up to its billings and if we are just going to be treated to six episodes of them blandly saying ‘we are wonderful and the others are horrible, we are right and they are wrong’, I think that is going to pall quite quickly.

“We have now just seen the first three episodes. But it is not a good look you know, whinging and whining.”

He went on to draw a contrast between the couple's glamorous lives with the war in Ukraine and the struggles ordinary Britons are facing with rising energy and food prices.

He said: “Two time zones from where we are sitting in London, there is a terrible war going on. People are being murdered, raped, and don't know where they are going to go for their food and their heat. 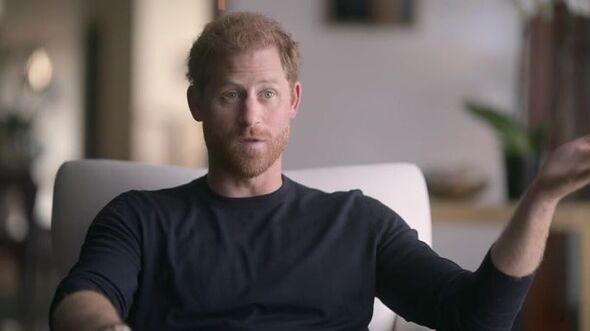 Prince Harry spoke about his life as a Royal on the show (Image: Netflix)

“In this country there are people afraid to turn on their central heating because they don't think they can pay the bill.

“I've just come here on the train. All those people are putting up with strikes and the eco-anarchists on the road, preventing them earning a living to pay their taxes to pay for all this.”

Dickie Arbiter, 82, who was the Queen's press spokesman from 1988 until 2000, also questioned the couple’s wish for privacy.

He told GB news: “They left [the royal family] because they wanted privacy.

“Well so much for privacy in this documentary because we are seeing a lot of family photographs, we are seeing, albeit the backs of the children, little bit of side profile but we are still seeing them.

“So it is really suiting their agenda.”