Belarus' long-serving foreign minister Vladimir Makei died "suddenly" yesterday at the age of 64. The abrupt death of Mr Makei has raised eyebrows inside both Belarus and Russia, with one former colleague hinting at the possible involvement of Russian intelligence services. Mr Makei had been described as "healthy," sparking several theories of outside involvement in his death.

This comes amid reports on Russian Telegram channels that Mr Makei, who had been in post since 2012, had been involved in possible peace talks with Ukraine.

Belarus has been Russia's strongest ally during the war in Ukraine and has been used as a base for the invasion.

He said: "Makei knew more about Lukashenko than any other person in the country. He knew who visited him, with whom Lukashenko could drink - a large amount of information.

"There are many mysterious circumstances."

JUST IN: Putin's mouthpiece loses it on live TV as audience members troll him 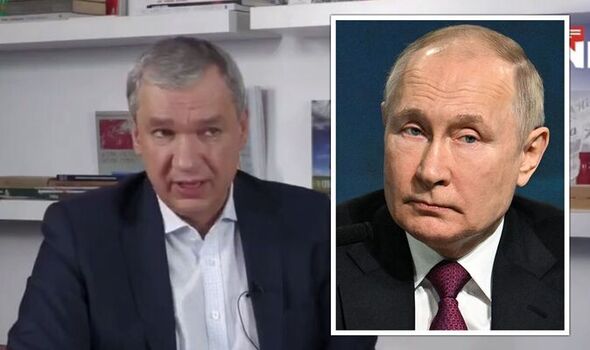 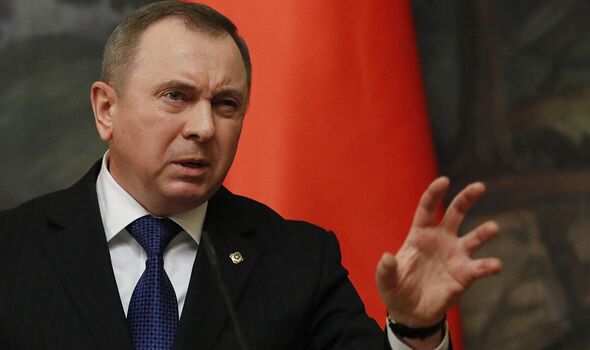 The abrupt death of Mr Makei has raised eyebrows inside both Belarus and Russia (Image: GETTY)

Mr Latuska said the timing was suspect, given that Mr Makei was about to visit Poland to take part in the OSCE Ministerial Council next week in Poland.

He cryptically said that Mr Makei "may have wanted to bring something important with him" during his trip to meet with European ministers.

The former Belarusian ambassador to Poland noted that there had been previous attempts to stop Belarusian ministers from travelling to Poland.

He said: "There was a confidential memo in the Belarusian government that analysed these incidents and made the conclusion that behind all these attempts to provoke a termination of these visits was Russia and the FSB." 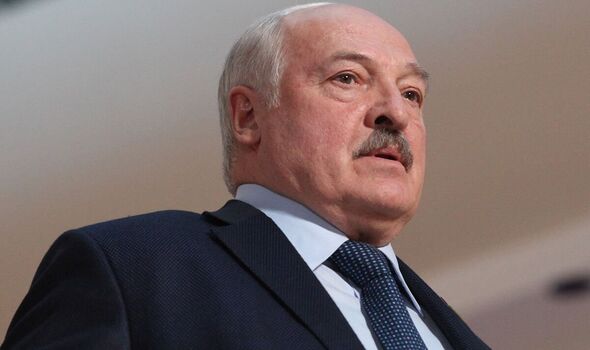 There were reports Putin wanted to pressure Lukashenko into deploying Belarusian troops in Ukraine (Image: GETTY)

Mr Makei had been due to meet with his Russian counterpart Sergei Lavrov on Monday ahead of the Poland trip.

Pro-Russian Telegram channels claimed that Mr Makei had become an “irritant” to the Kremlin.

He was an opponent of Belarus becoming involved in Vladimir Putin’s war in Ukraine, even insisting that Russian troops would not launch attacks from Belarusian territory. 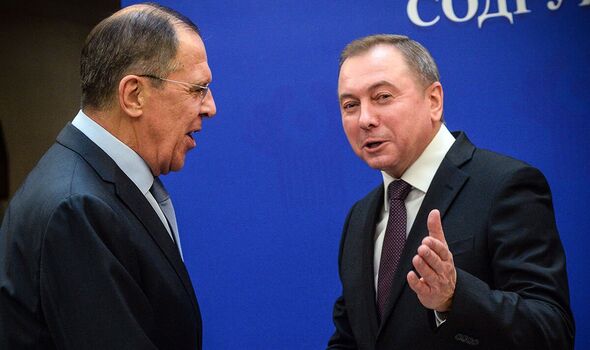 Makei was also due to meet with his Russian counterpart Sergei Lavrov on Monday (Image: GETTY)

He was last seen attending a conference in the Armenian capital, Yerevan, earlier this week, where Vladimir Putin was also present.

The mysterious death comes just days after a leading US foreign policy think tank predicted that the Russian military intelligence would attempt to intimidate President Lukashenko into deploying Belarusian troops alongside Russian forces in Ukraine.

The Robert Lansing Institute for Global Threats and Democracies Studies said the intimidation may either be "an assassination attempt targeting Belarus President Alexander Lukashenko or its imitation".

The think-tank wrote: "It is likely that Russia aims at merging the two armies under a single command of its own."

Protests break out across US calling for justice for Tyre Nichols

Mum, 30, who looks 'young for age' says people constantly think her husband is her dad

All the ways Kate Ferdinand hid her pregnancy, from savvy social media poses to oversized clothes

Nonna knows best: the New York restaurant where grandmothers show off their recipes

She joined the women’s protests against the Taliban in Afghanistan. Now she’s wants the UK to take her in

I’m slammed for wearing lingerie to work – people say it’s only for the bedroom & I should be ashamed, but it’s fashion

Why did Tyre Nichols get pulled over?

'Beautiful' school girl, 15, stabbed to death in Hexham named as tributes flood in

Zahawi sacked by Sunak after ‘serious breach’ of Ministerial Code

I’m a size 24 and recreated one of Kendall Jenner’s looks – trolls said I should never do it again, but I know I slayed

Warning to millions of Brits who could be missing out on £3,500 a year – how you can claim

Golf has ‘an exceptionally long way to go’ to improve diversity

Is Brexit creating more problems than it was supposed to solve? Vote now

Would you travel abroad to get your teeth done 'on the cheap'? Take our poll

Nadhim Zahawi’s tax affairs: A timeline of how the controversy played out