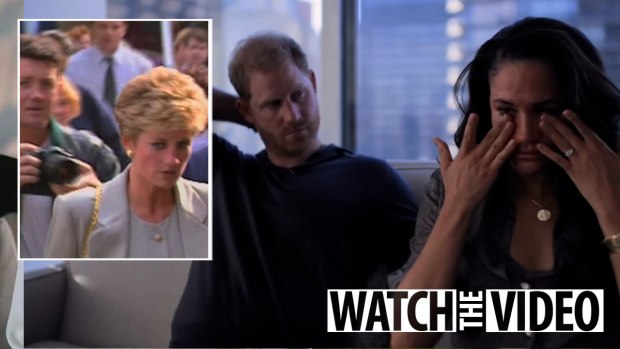 Charles spent the day visiting the town of Luton where he met with community leaders and volunteer groups.

The King seemed in high spirits despite the royal outing taking place just days before Prince Harry and Meghan Markle's highly-anticipated Netflix documentary is set to air on screens around the world.

Despite claims the documentary could upset the Royal Family, Charles displayed some of his late mother The Queen's grit and put on a brave face, going about business as usual.

During today's visit a man in his 20s was arrested on suspicion of assault after allegedly throwing an egg at the monarch.