Over 70 migrants who are suspected to have diphtheria have been moved from the Manston processing centre to hotels all around the country. In 2020, there was only one confirmed case of the disease in Britain - but now public health officials are concerned that a failure to adequately test migrants before moving them on from the processing centre may put both asylum seekers and hotel workers “at risk”.

The concerning stats come after a man who died after staying at the Manston processing centre was revealed to have diphtheria. The Manston processing facility has faced criticism for overcrowding. Despite having an official capacity of 1,600, it was holding over 4,000, swiftly becoming a breeding ground for diseases including scabies and diphtheria.

Since the beginning of 2022, there have been 50 confirmed cases among asylum seekers of diphtheria - a highly contagious bacterial infection that primarily affects the nose, throat and skin, and is deadly in between five and 10 percent of cases. Vaccination against diphtheria is routine in the UK and is part of the six-in-one childhood jab given to babies less than four months old.

Jim McManus, president of the Association of Directors of Public Health, which represents public health officials around the UK, said: “This situation could and should have been prevented and it is entirely arguable that the lack of information, coordination and engagement from the Home Office has made the situation far worse than it could have been.

“It has created additional and preventable burdens on local health systems and has put both asylum seekers and potentially hotel workers at avoidable and preventable risk. We want to work constructively and effectively as directors of public health with the government for the good of everybody. 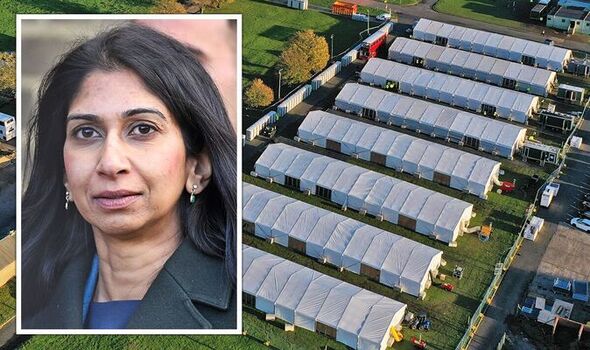 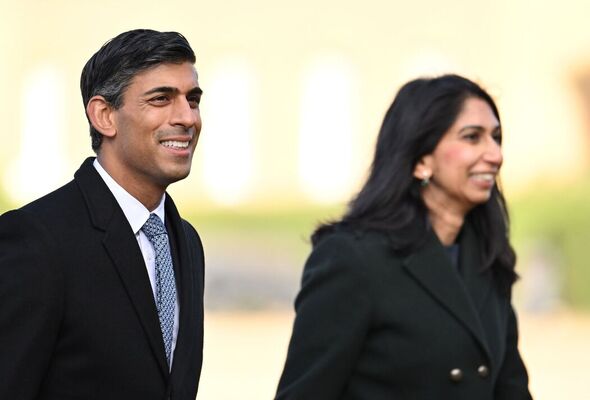 The government is facing a "public health nightmare", officials have said (Image: Getty)

“We offered the Home Office collaboration and our efforts were rebuffed.”

The first signs of an outbreak of the disease was spotted when three male asylum seekers went to Pinderfields Hospital Accident and Emergency unit in Wakefield within a 24 hour period, complaining of rashes and asking for medication. Since then, it was discovered that 27 men had been moved into a local hotel, having just spent a month at Manston and another hotel near Heathrow.

Other areas with suspected cases include London, Greater Manchester, Kent, the South West and the East of England. The Home Office has been accused of failing to inform public health directors about the arrival of migrants in their area.

One local health director told the Times that in “most places”, migrants had been “dumped” in accommodation without communication from the Home Office. The director added: “We have found out by accident when local hospitals raise an issue or by word of mouth, in one case when a local councillor drove past a hotel. They have seeded a situation that could have been avoided.” 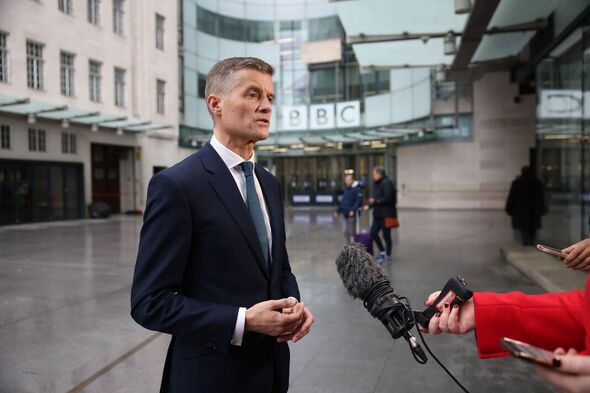 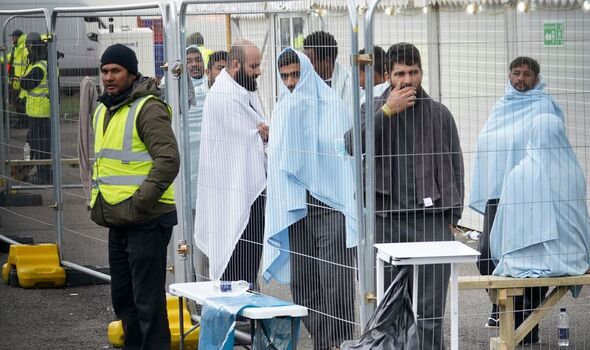 The Home Office has been accused of keeping migrants at Manston in dangerously cramped conditions (Image: PA)

An infectious disease specialist working in an affected NHS trust told the outlet that it was a “public health nightmare”, adding: “[The migrants] have been through worse than anyone can imagine, once they think they are finally safe they are shipped around the UK and treated as less than human.”

The discovery of the disease comes after it was revealed a man who died after staying at Manston had diphtheria - with a government spokesperson saying initial local hospital tests were false negatives, and follow-ups showed that diphtheria may have been the cause of the man's illness. The man, who reportedly came to the UK by small boat, died last Saturday, November 19.

The official cause of death has not yet been confirmed, as post-mortem examinations are ongoing.

The Refugee Council said it was “deeply concerning that people seeking safety were ever subjected to the appalling, inhumane conditions at Manston, where they were clearly not given adequate support and attention”.

The organisation's chief executive Enver Solomon added: “It should never have been allowed to happen. We will wait for the coroner's report to confirm the cause of this tragic death.”

A key concern among health officials is for the safety of Eastern European staff working in hotels, as vaccinations against diphtheria are not routine in their countries. However, they have stressed that the overall risk to wider public of the disease is very low. 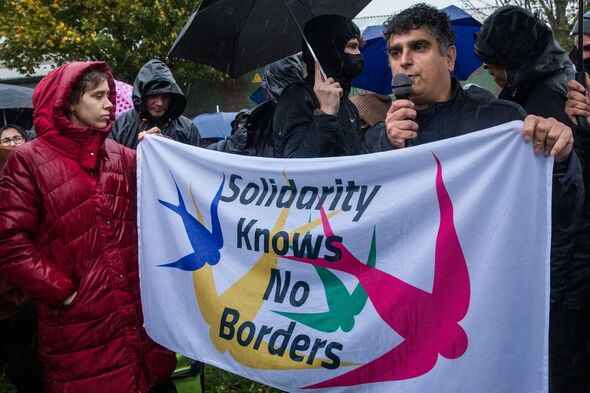 Manston has been the subject of major public outcry (Image: Getty)

Dr Trish Mannes, UK Health Security Agency (UKHSA) director for the South East, said: “The risk of diphtheria to the wider public remains very low, due to high uptake of the diphtheria vaccine in this country, and because the infection is typically passed on through close prolonged contact with a case. In order to limit the risk of diphtheria being passed on within asylum seeker settings, UKHSA continues to recommend that individuals arriving at reception centres, and who have moved on recently, are offered a diphtheria vaccine and preventative treatment.”

Transport Secretary Mark Harper similarly insisted the infections present an “extremely low risk” to the wider public, despite migrants being moved from crowded facilities to hotels around the country. Mr Harper went on to defend the Government’s handling of people who have crossed the Channel in small boats, ahead of officials being expected to confirm that the number of infections has risen to about 50.

A Government spokesman said: “We take the safety and welfare of those in our care extremely seriously and are taking all of the necessary steps following these results. We are offering diphtheria vaccinations to people at Manston, which has 24/7 health facilities and trained medical staff.”

Hogwarts Legacy PC: Release date and how to preorder

Nintendo Direct: what we want to see from The Legend of Zelda: Tears of the Kingdom

The Valentine’s meal deals and kits to know for 2023, including M&S, Tesco, Aldi and more

Conor McGregor’s return against Michael Chandler predicted to reach £130 MILLION in PPV buys… but where does it rank?

Sudden stratospheric warming: What is a polar vortex and how does it happen?

Stagecoach to increase popular bus services across Ayrshire from next month

Boy, 7, dies from rare cancer before family could start new life in Australia

Best Valentine’s Day gifts for her 2023: Presents she’ll love, from body oil to breakfast in bed

Why do we do the brace position on planes?

Leopard breaks into packed courtroom and goes on bloody rampage

Cyclist waving traffic past him managing to cause, solve and complicate problem

Voices: Shamima Begum has the right to tell her story – no matter how offensive we may find it

Linlithgow Reds run in 12 tries in resounding victory over Portobello

Historic Mayfair Curzon cinema to close after 89 years for £15,000,000 redevelopment

Martin Lewis reveals how you can beat 7.5% increase to water bills

Kate Middleton's treat from Prince William after George, Charlotte and Louis are in bed

SSPCA appeals to public after influx of pet rats in Lanarkshire

Who is Marcus Wareing’s wife Jane and do they have any children?

I was branded with Andrew Tate’s name… he lured me to Romania, strangled me and made me perform on cam, says Brit

Are you fed up of nepo babies going on Love Island? Vote in our poll

Epsom headteacher's husband 'reported wife for hitting him' before 'murder-suicide'

Best cheap hotels in Paris: Where to stay for value for money

Composability is the key to smart building adoption

Last chance to see the green comet that won’t visit for another 50,000 years