Russia: Yusin warns nuclear weapons may be used in "days”

On Saturday, a Russian official openly called for the use of nuclear weaponry to be used during the war in Ukraine. Mr Kadyrov wrote on Telegram: "In my personal opinion, more drastic measures should be taken, right up to the declaration of martial law in the border areas and the use of low-yield nuclear weapons".

Mr Kadyrov’s commentary comes after Russia faced defeat and admitted in a statement that Russian troops were forced to withdraw from Lyman, a city in the Donetsk region of eastern Ukraine.

Russia’s defence ministry said: "Despite the losses suffered, the enemy, having a significant superiority in forces and means, introduced reserves and continued the offensive in this direction.”

The liberation of Lyman is significant for Ukraine as it is the country’s biggest victory against Russia since the counter-offensive in Kharkiv began last month, and the city will give the Ukrainian military access to more of the Luhansk and Donetsk regions.

Video footage shared on social media showed two Ukrainian soldiers smiling as they raise the Ukraine flag over the welcome sign of the city.

One of the soldiers in the video said: "October 1. We're unfurling our state flag and establishing it on our land. Lyman will be Ukraine." 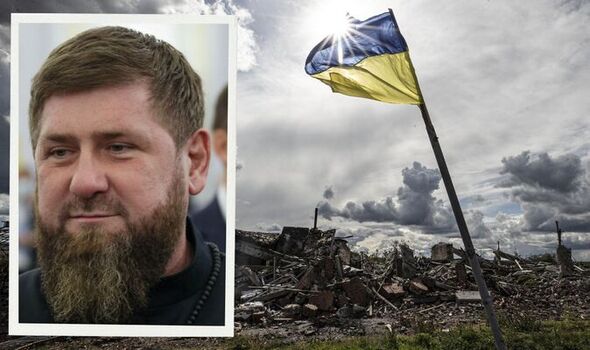 Mr Kadyrov has blamed the defeat on the local commander in Lyman, Colonel General Sergei Lapin.

The Russian politician accused the commander of being “nowhere near” his military troops.

He said: "The Colonel General deployed mobilised fighters of the LPR [Luhansk People's Republic] and other units on all fronts near Lyman, but did not provide them with the necessary communications, coordination and ammunition supplies.”

Serhiy Cherevatyi, a spokesman for Ukraine military forces, has said the victory will undermine Vladimir Putin in capturing the Donbas region, which parts of the area are currently occupied by Russia.

The spokesman said: “Lyman is important because it is the next step towards the liberation of the Ukrainian Donbas. It is an opportunity to go further to Kreminna and Severodonetsk, and it is psychologically very important.”

READ MORE: Putin could 'starve' developing nations to put pressure on the West 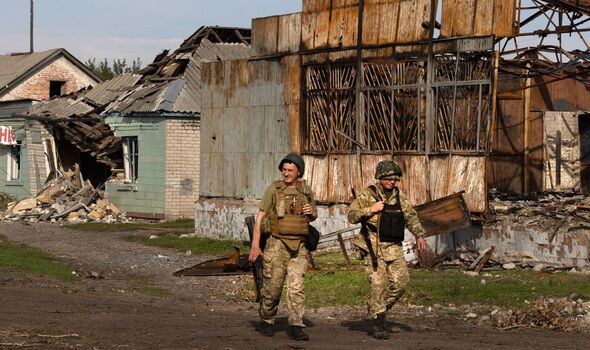 Ukraine has won a victory against Russia in Lyman, a city in the Donetsk region of eastern Ukraine. (Image: Getty Images)

The victory for Ukraine comes after Vladimir Putin annexed Donetsk as well as three other regions in Ukraine in a referendum which has been condemned by Ukraine and western countries as the voting was conducted under military occupation.

President Putin said the annexed regions of Ukraine were now part of Russia “forever” on Friday as part of a speech at the Kremlin.

"I want to say this to the Kyiv regime and its masters in the West: People living in Lugansk, Donetsk, Kherson and Zaporizhzhia are becoming our citizens forever," the Russian leader said.

Ukraine’s President Zelensky said the “pseudo-referendums” were worthless and that the “territorial integrity of Ukraine will be restored. And our reaction to recognition of the results by Russia will be very harsh." 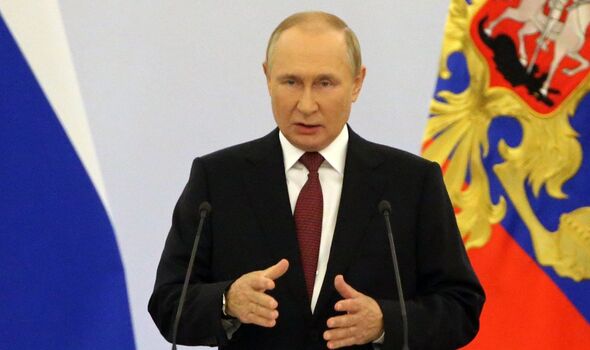 President Putin has said he is "not bluffing" when he spoke of using "weapons of destruction" (Image: Getty Images)

Vladimir Putin said Russia will defend its land "with all our strength and all our means" as he announced any attack on annexed Ukraine land would be seen as an attack on Russia.

In an address last week, President Vladimir Putin said that Moscow owned "various weapons of destruction" and would "use all the means available to us", before adding: "I'm not bluffing."

Former Conservative leader Iain Duncan Smith said that Russia’s threats should be taken seriously, as the country thought of nuclear weaponry as "war-fighting weapons, whereas in the West we see them solely as weapons of escalation and therefore we wouldn’t use them".

In an interview with the Telegraph, the British politician said: "I wouldn't underestimate the possibility that he could use these weapons, that’s not just an empty threat.”

Teen, 15, assaulted by gang during street robbery in Renfrewshire village

Strictly fans score Hamza higher than Will after last week's performances - do you agree?

My husband and I can’t agree on what cheating means

'Americans don't care': Royal fan who shook Kate's hand in Boston on why she was booed

Anti-vaxxer nurse who jabbed 9,000 with saline instead of Covid vaccine spared jail

Inside the ‘revolutionary, mould-breaking’ homes battling to win Grand Designs’ House of the Year