The world's biggest Hooters has opened its doors to its Liverpool restaurant as the owners and staff are determined to get past preconceived notions about the company - despite some workers claiming to end "80 percent" of relationships in the city. Hooters is an American company that features a hearty food menu, extensive drink options, and staff known for wearing skimpy uniforms made up of hot pants and tank tops.

Rachael Moss, director and owner of Hooters Liverpool, the restaurant's launch in her home city has been a decades-long ambition. The mum-of-three, a barrister, first stepped foot in a Hooters in 2002 and was instantly "obsessed" with the concept, reports LiverpoolEcho.

Rachael, of Beauvoir Developments Limited, said: "I went to my first Hooters in 2002 in Orlando and became guest obsessed. I walked in and I'll never forget the lady, she blew me away. She sat down right next to me, gave me her name and really spoke with me.

"I was shocked and pretty astounded by how marvellous it was. The food was unreal - it was beautiful hot food, ice-cold beer, and excellent customer service. There was nothing like it in England.

"Why do we not have that amazing, sparkly service here? In England, across the board, it's socially acceptable to not give that wonderful, dedicated service and it's understandable - they're overworked and tired and it's just the norm not to interact with customers in that American way." 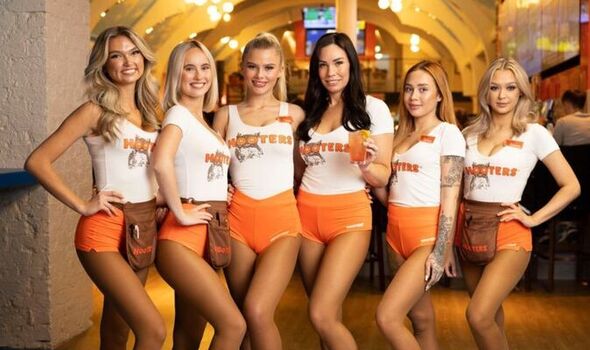 The staff claim to be 'radical feminists' (Image: Liverpool Echo) 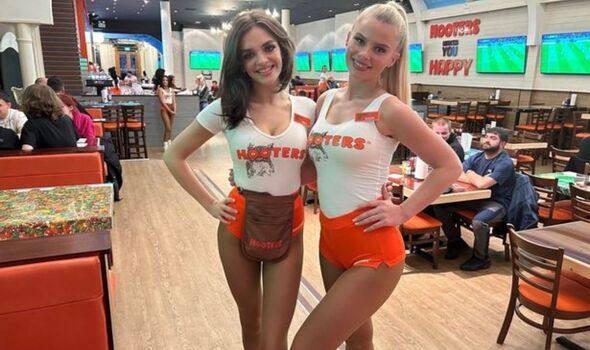 But some of the staff have already been causing controversy online, with two members taking to TikTok to say they are the reason "80 percent" of relationships in Liverpool are coming to an end.

Lip-syncing to Taylor Swift's lyrics "It's me, hi, I'm the problem it's me", the two girls, wearing their Hooters uniform, dance as the words "Us when 80 percent of relationships in Liverpool are on the rocks because of a restaurant" show on the screen.

The girls received a lot of backlash after posting the video, with one user writing: "At first I was on your side but this sounds so backhanded."

Another added: "I mean after seeing the videos of the restaurant I'm not sure if I believe this..."

Despite this, one waitress, Nina, an 18-year-old law student, told the ECHO: "I'm a feminist but even so, I have so many people online asking me how I can be a feminist and work here but those two things can exist together - feminism is about choice. When it comes to objectification, it shouldn't be the girls being objectified that are judged, it should be those who do the objectifying that face scrutiny."

"The people I work with, it's such a female-orientated environment and it's run by a woman who understands us. There have been so many work environments that are so demanding and gruelling, and mental health isn't looked after but here it's totally different, it's supportive. I'm a law student and have a heavy workload and Rachael is so understanding about that.

"People are taking away from that now - I've gone to women's marches and suddenly I'm met with this media storm after getting a job I want to do. People are condemning women who work at Hooters and wear little shorts to serve chicken but there's a lot of fights in the [feminism] community itself. I'm a radical feminist - what's more empowering than being able to work as a woman, do what you want, and make your own money?"

The uniform consists of a white t-shirt or tank top emblazoned with the Hooters logo and the venue location, teamed with a pair of small orange running shorts; tan tights; crisp, white socks, and matching trainers. 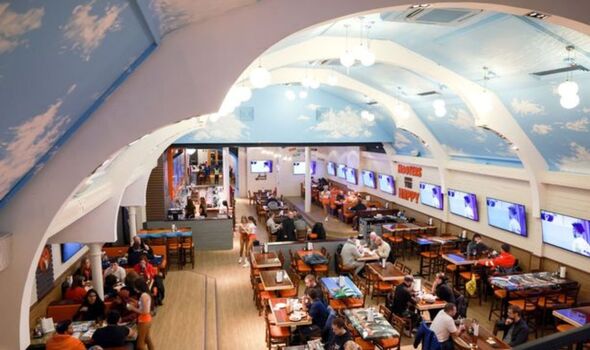 The restaurant is the biggest Hooters in the world (Image: Liverpool Echo)

The women have the choice to wear slightly smaller shorts - reminiscent of briefs - and tops with long or cap sleeves in addition to the famous tank top. The mandatory tights are very thick, creating the illusion of tanned, bare legs while keeping the waitresses a little more covered up than they may first appear.

The uniform, which is heavily based on female sex appeal, has seen the company and its staff come under fire, with many branding the uniforms sexist and rooted in misogyny. The way the staff look is a big factor in attracting guests but for Rachael, it's all about choice.

According to reports, 1,600 women applied to work at Hooters when its arrival in Liverpool was confirmed.

Training for successful applicants began in September before the venue opened its doors in November.

What the papers say – January 30

Chaos as teachers strike to send up to 4.5MILLION pupils home from 23,000 schools…see if your child is affected

Tragic boy, 9, was 'buzzing' on pheasant shoot before tree crushed him to death

What are the Government’s proposals for minimum service levels during strikes?

Vladimir Putin threatened he could kill me with a missile attack, reveals Boris Johnson in hard-hitting new BBC series

Who’s on strike today and how will it affect you? Daily update for January 30

‘Why’s it so wrong to be called woke?’

Concertgoers told to evacuate from arena after one song following 'emergency'

Happy Valley fans all have the same complaint about tonight’s penultimate episode.

Is Britain really ready for a Prime Minister who cannot utter the unalterable truth that women are adult female humans?

Student, 23, killed after being hit by police car but cops refuse to put officer on leave

Gardener, 63, admits stalking his ex – by mowing her lawn

Desperate search for missing dog walker Nicola Bulley, 45, who vanished on river path as pet is found without her

Love Island fans furious as they slam choice of bombshell