Royal staff are said to have a secret nickname for the Duke and Duchess of Sussex, according to a new book that delves into the Queen's last days. Prince Philip's friend and author Gyles Brandeth claims that palace employees all refer to Prince Harry and Meghan Markle in the same way. An excerpt from his upcoming book "Elizabeth: An Intimate Portrait" describes how staff snub the couple by using a nickname.

The new book sheds light on the late monarch, from the dangerous way she gave birth to three of her children, to her final conversations and one of her favourite BBC dramas.

An excerpt, published in The Mail On Sunday reads: “Whenever the names of the Duke and Duchess of Sussex come up in court circles, courtiers flinch and change the subject or refer to them as ‘persons who live overseas’.

“If Harry and Meghan are mentioned to members of the Royal Family, they simply smile briefly and say ‘we wish them all the best’ and nothing else.”

The book also mentions how the Queen was "devoted" to Harry and that "she truly wished him well in his new life abroad". 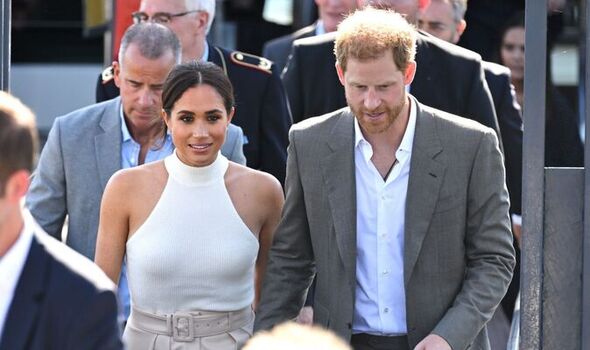 The book says: "The truth is that when her grandson told her he was marrying Meghan Markle, she was truly delighted by the prospect.

"She liked Meghan and told lots of people so. And she did everything she could to make her future granddaughter-in-law feel welcome."

Meghan and Harry moved to California in March 2020 after making the decision to step down from their roles as working members of the Royal Family.

Staff at Buckingham Palace made accusations that the Duchess of Sussex had bullied them in the aftermath of her exiting the UK. 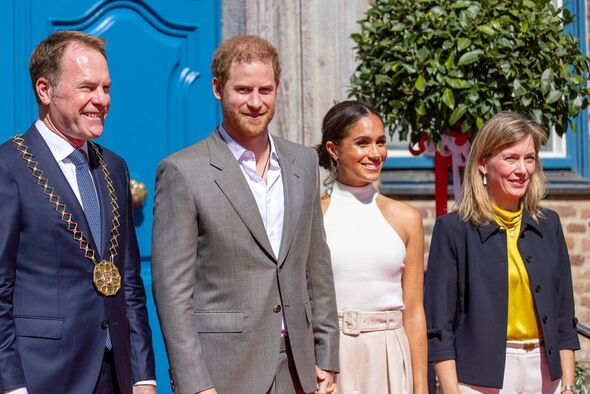 Meghan and Harry were given the nickname by palace workers (Image: Getty)

Meghan's representatives have pushed back against the bullying allegations, saying there were part of a "calculated smear campaign".

An investigation was launched by Buckingham Palace following the accusations, but the findings were never published.

Reporter Valentine Low claimed in a tell-all book, Courtiers: the Hidden Power Behind the Crown, that Prince William offered a young female royal aide a shoulder to cry on following harsh treatment she had allegedly received from the Duchess of Sussex.

His actions, which included asking her 'I hope you're ok?', have led to praise from British-Jamaican author and socialite Lady Colin Campbell. 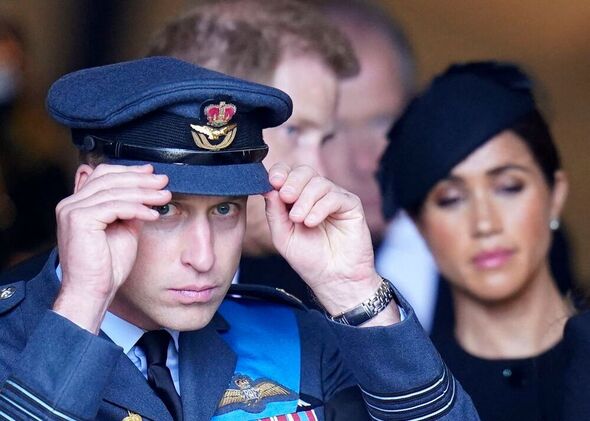 Prince William was said to have offered a worker a 'shoulder to cry on' (Image: Getty)

Speaking on GB News, Lady Campbell said: "Good for Prince William. My understanding is he has been the one who was backing up the disadvantaged, bullied staff from the word go".

The socialite praised Prince William as he "stood up" for Palace staff who were allegedly "bullied" by both the Duke and Duchess of Sussex.

One of the alleged incidents was reported to have happened in the run-up to the couple's 2018 marriage, with Meghan Markle purportedly erupting at a female member of staff in front of co-workers.

According to Mr Low, Meghan reportedly told the staffer: "Don't worry, if there was literally anyone else I could ask to do this, I would be asking them instead of you".

Payouts to prisoners cost taxpayers over £30million in six years