The former Sun Associate Editor fumed at the programme arguing that it portrayed the UK as a "racist hellhole" with a "depraved" media.

"Sick at the irrational and unhinged trashing of everything the late Queen spent her seven decades on the throne trying to achieve, especially her beloved Commonwealth which the programme dismisses as 'Empire 2.0'.

"Nauseous at the sight of the so-called 'private' Meghan stopping in the middle of Harry's marriage proposal to snap a picture of the Duke on bended knee, before filming her own reaction, then deciding to share it with tens of millions for Hollywood dirty money. 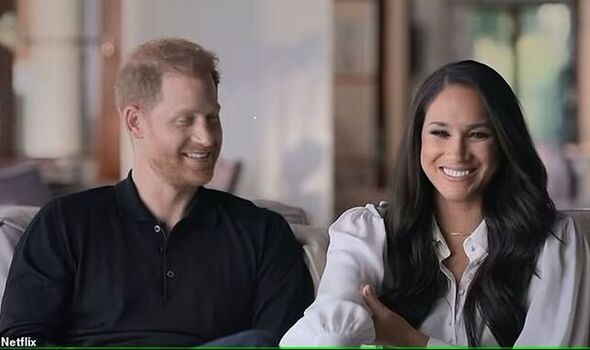 The Duke and Duchess of Sussex being interviewed during the Netflix series (Image: Netflix ) 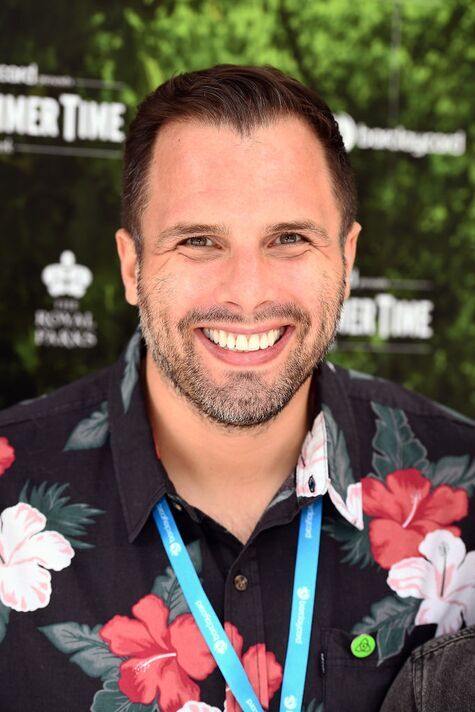 "Queasy at the portrayal of the United Kingdom – hands down the most tolerant country in the world – as some sort of racist hellhole with a depraved media that could just never accept a mixed-race princess."

Mr Wootton added that the Sussex's Netflix documentary is an attempt to "rewrite royal history" supported by the "woke American media".

The former News of the World reporter raged at the programme labelling it a "propaganda piece for the republican movement".

He argued that in fact the media coverage of the Duchess of Sussex was initially very positive including during her wedding to the Duke at Windsor Castle in 2018.

READ MORE: Royals fire back as source says 'no-one was approached' for show 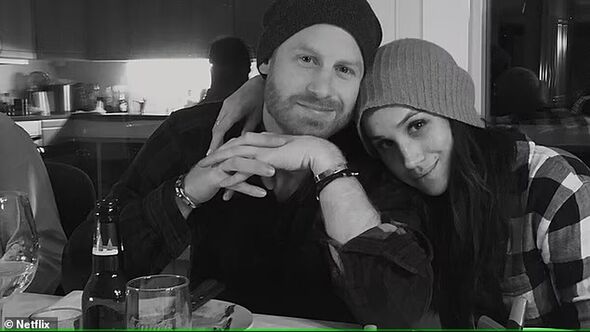 Harry and Meghan early on in their relationship (Image: Netflix ) 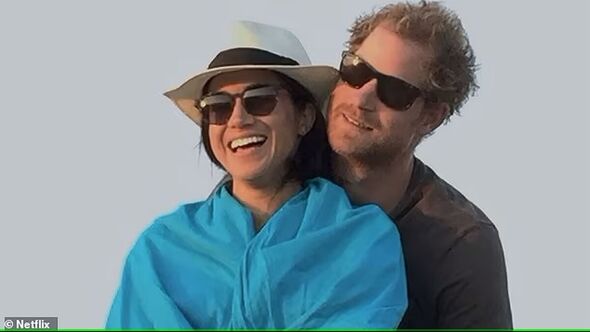 The couple enjoying spending time with each other (Image: Netflix )

He said: "The world saw our proud nation stop in May 2018 to celebrate the arrival of our new American Duchess to the Buckingham Palace balcony; it was one of the most collectively joyous days I've ever lived through, and the media coverage was almost universally positive.

"Four-and-half-years on, the biggest celebrity Hollywood PR campaign in recent memory is underway to rewrite royal history, supported by the weight of the woke American media in a post-BLM era.

"Harry and Meghan's reality show is nothing short of a propaganda piece for the republican movement that blames everyone and everything for their royal failure, without examining their own dreadful behaviour for even a split second."

Mr Wootton also argued that the only "small mercy" is that the late-Queen does not have to watch her grandson "trash her life's work." 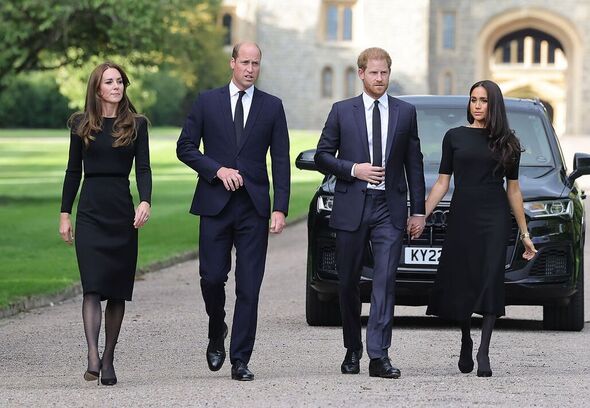 The Cambridges and Sussexes at Windsor Castle following the death of the Queen (Image: Getty Images )

He added that it is essential that King Charles should strip the Sussexes of their royal titles as a result of the attacks on the monarchy made in the programme.

He said: "The only small mercy in the late Queen's death is that she doesn't have to watch the grandson she once adored trash her life's work, even her beloved Commonwealth in which she thought Harry and Meghan also believed and championed.

"With this exploitative TV tell-all, the Sussexes, who like to claim they value their privacy, have cheapened the entire British monarchy with the sharing of the most intimate of moments in the name of the Netflix millions.

"Meghan's conclusion is, as we all expected, it's everyone else's fault but mine."

He concluded: "I'm very clear that there's now no going back – King Charles must strip Harry and Meghan of their titles to protect the memory of Elizabeth II."

Express.co.uk contacted the Duke and Duchess of Sussex for comment.