Last week in this space I posited that Robert Saleh made the right call in benching Zach Wilson because it would enable all of the other players to concentrate on their own jobs rather than fixate on what Wilson was doing and saying.

That theory played out to an extent in the Jets’ 31-10 rout of the depleted Bears. But it turned out to be more than that. The players went all-in on Mike White, making it seem as if they have known all along the wrong guy was quarterbacking the team.

It was a potentially toxic situation that Saleh corrected just before it reached epidemic proportions. To start Wilson again would have been to make a liar of the coach whenever he’d tell the team, “best players play.” Oh, really, except at the most important position? It also would have made a mockery of Saleh’s “All Gas, No Brake” mantra. That would have sounded like a lot of hot gas because Wilson was the brake.

So now the Jets, 7-4 and currently in position for an AFC wild-card berth, head to Minnesota for perhaps their toughest matchup of the season. Could this be the game the productive pass rush can’t get to Kirk Cousins and corners Sauce Gardner and D.J. Reed can’t shut down Justin Jefferson and Adam Thielen? Could White quickly turn into a pumpkin as he did in his four-interception disaster against Buffalo last season?

But there’s also this. The Jets are getting respect from the people who know, the linesmakers. Remember before the first New England game when people were wondering how the Jets could be home underdogs to the Patriots despite having a better record? Well, now, they are +3 on the road, which essentially is even strength with a 9-2 team when you take away the home-field advantage. Quite the compliment.

Interestingly, the Vikings have just a +5 point differential despite their great record (the Jets are +34 by comparison). Some may call the 24-7 loss to the Eagles and 40-3 loss to the Cowboys severe outliers, but what it also means is that the Vikings’ wins have been close. Except for Week 1, they’ve all come in one-score games.

So the Jets should be right there with them. And with the Vikings ranking 32nd in the NFL in passing yards allowed and 31st in total yards allowed, win or lose this should be another chance for the legend of Mike White to grow. 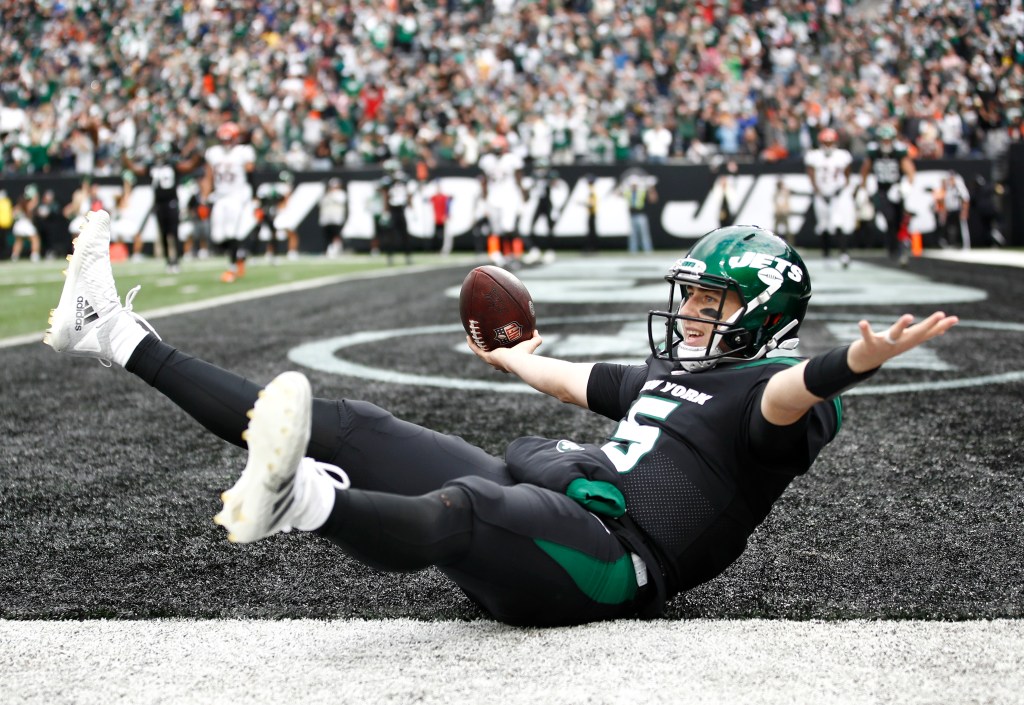 Daniel Jones was 2-0 against the Washington Redskins and 2-1 against the Washington Football Team, but these Washington Commanders who invade MetLife Stadium on Sunday seem to be a different outfit despite featuring a lot of the same players. They have won six of seven overall, five of six with Taylor Heinicke at quarterback, and are the only team to beat the Eagles.

The Giants are getting a lot of support on these pages possibly because they are getting a few injured players back. And they did play a good first half against the Cowboys on Thanksgiving, the kind of surprise you often see when a game is declared a lost cause before it begins.

I often get burned when I give points to Mike Vrabel, but that’s what the math is telling me to do here. The Titans have scored more than 24 points only once all season, while the Eagles have scored 26 or more six times. Don’t see Tennessee being able to match Philly score for score.

Betting on the NFL?

The Ravens haven’t been winning by margin and have suffered some shocking losses. Denver’s first seven losses were all by single digits. But last week’s 23-10 defeat at Carolina could break the dam as a teammate yelled at Russell Wilson and talk of a coaching change gets louder.

I thought the battered Bears showed a lot of heart last week against the Jets, I really did. They seem to have the spirit but do they have enough playmakers? I don’t really want to find out the hard way about their QB situation after Justin Fields and Trevor Siemian.

Shift from small underdog to favorite is a sign of sharp support for the Jaguars. The almost-miracle comeback win over the Ravens might be the turning point for Trevor Lawrence. What if he starts to get really good? 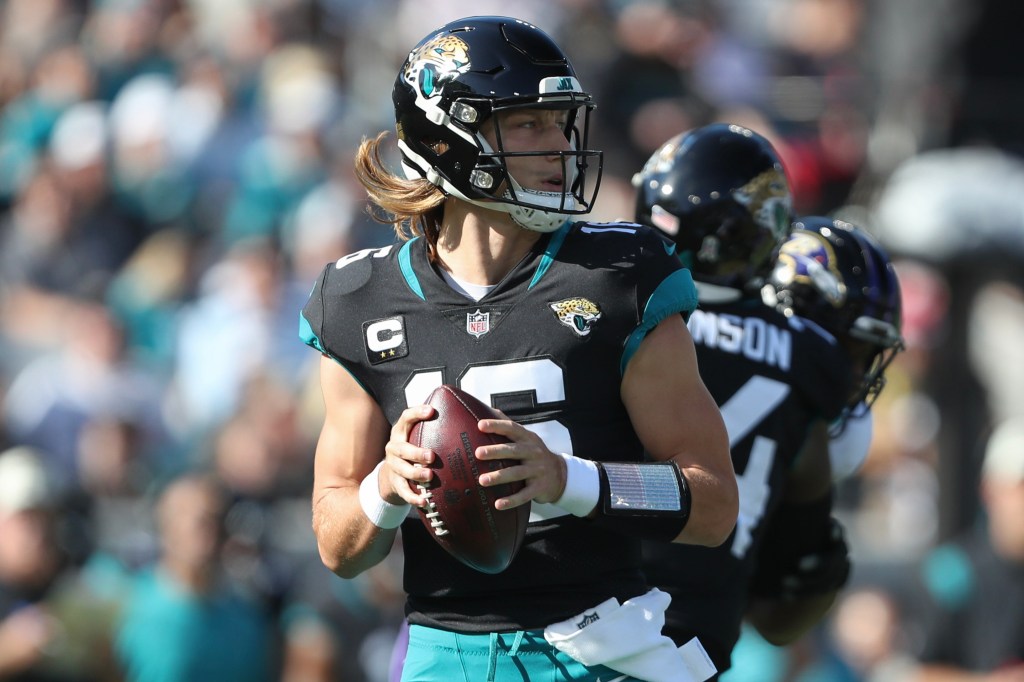 Not really thrilled about laying this many on the road with Deshaun Watson in his debut in a hostile environment, but I think he’ll have some fun getting the ball to the likes of Nick Chubb and Amari Cooper.

Steelers are another team that went from ’dog to fave with the help of sharp bettors. Falcons could have hit their ceiling in a decent first half of the season, while the Steelers should get a little better as Kenny Pickett does.

The Dolphins are 8-0 in games, Tua Tagovailoa starts and finishes, which makes them very enticing underdogs here. Also, coach Mike McDaniel knows it all about his former team, and the 49ers are down at least one running back in Elijah Mitchell and maybe another in Christian McCaffrey.

If someone told you before the season this would be the spread; you’d have called for the white coats. But the Rams are a shell of themselves, and now Aaron Donald — who likely at least scared his teammates into continuing to care — is out, too.

Bengals beat the Chiefs in the regular season and playoffs last year, and now Joe Burrow gets Ja’Marr Chase back. Burrow is 14-7 ATS as an underdog, per Josh Appelbaum of VSiN. 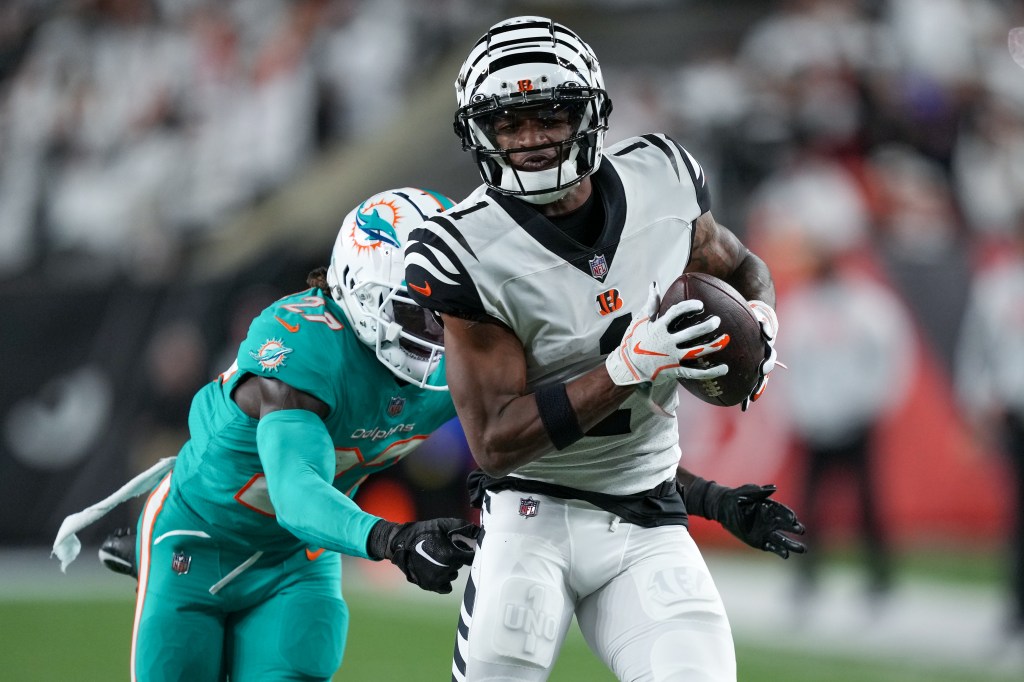 Every so often there’s a team that has two seasons in one — all losses then all wins, or the reverse. The Raiders are a team that could be in the early stages of getting real hot, while the Bolts never seem to make the most of Justin Herbert’s talents.

Not only do the Cowboys get their annual post-Thanksgiving break, the NFL scheduled them against a team that has to travel after a Monday nighter. Completely unfair. I’m picking the Colts just so I can root for this result.

Aware that Tom Brady lost his first four games against the Saints as a Buc before beating them 20-10 in New Orleans in September. I’d actually love to take these points in prime time but the Saints’ goose egg last week against the 49ers gives me pause.

Millennials’ ability, ambition comes into question following new polls: ‘Go out and get a job’

Dear Abby: My boyfriend’s daughter won’t speak to him

Beyonce Is Most Decorated Grammy Artist

Grammy 2023 snubs and surprises, from Beyoncé to Taylor Swift

UN Peacekeeper Killed in Attack on Helicopter in DR Congo

Key Winners for the 2023 Grammy Awards

Islanders close to full health with Noah Dobson, Hudson Fasching on the mend

No rest for the weather-weary, ice last week, flooding rains this week