The players were walking off the field after a scrimmage, police say.

A 14-year-old is dead and four other high school football players were wounded after gunfire erupted behind a Philadelphia high school Tuesday afternoon, police said.

The five unidentified victims were walking off the field after a scrimmage at Roxborough High School around 4:41 p.m. when someone in a green Ford Explorer drove up to the players and began shooting, police said.

The victims were transported to Temple University Hospital and Einstein Medical Center, according to police. 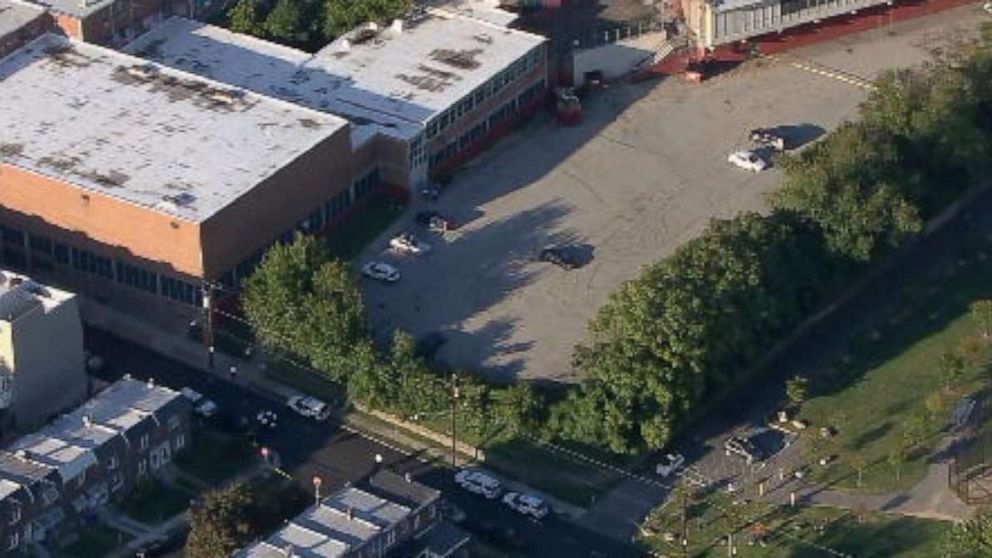 In this screen grab taken from video, Roxborough High School in Philadelphia is shown.

The deceased 14-year-old was shot once in the chest, police said.

The police didn't immediately release information on the injuries of the fourth and fifth victims.

There are no arrests and no suspects have been identified.

This is a developing story. Please check back for updates.

Stream It Or Skip It: ‘My Name Is Vendetta’ on Netflix, Where An Italian Teen Teams Up With Her Father To Fight Some Mafia Trouble

Spain Under Pressure Over Migrant Deaths on Moroccan Border

Aaron Boone has no Aaron Judge updates to offer: ‘I know nothing’

Feeling sick? How to know if you have COVID, RSV or the flu

Biden’s pathetic disregard for the humanitarian catastrophe at the border

US court dismisses suit against Saudi prince in killing

Bill Maher skewers young environmentalists blaming elders for climate change: 'Using cars as much as we did!'

Stream It Or Skip It: ‘Warriors of Future’ on Netflix, VFX-Heavy Hong Kong Sci-Fi With A Debt To The MCU

Argentina's Fernandez Convicted of Fraud, Gets Prison and Lifetime Ban from Office

Saints' Mark Ingram apologizes for role in loss to Bucs: 'I'm sick about this one'

Warnock and Walker face off for final Senate seat of 2022