When someone writes the story of the 2022 baseball season, Aaron Judge’s name had better appear in the first sentence of the first paragraph. He is the lead character of the 162-game drama. Shohei Ohtani, Paul Goldschmidt, Justin Verlander, Sandy Alcantara and others have played strong supporting roles, but there’s no debate who the top guy is.

From the moment Judge declined the Yankees’ $213.5 million offer prior to Opening Day, he has owned this season. His 2022 is in the conversation for the best season ever, right there with Babe Ruth and Lou Gehrig in 1927, Mickey Mantle in 1956, Carl Yastrzemski in 1967 and Bob Gibson in 1968. It’s a once-in-a-generation type season.

Judge bet on himself. He did possess some inside information, as nobody knows him better than himself. He believed, given health, he could be the best player in the league, and he has not only delivered on that promise, but also has put together the best clean season in a generation, maybe two. The 61st home run he hit Wednesday night in Toronto to tie Roger Maris added a historic exclamation to a season so good it didn’t even need that great record, which is the true record.

While it’s no surprise that Judge, as a former San Francisco Giants fan from Northern California, pays homage to Barry Bonds, we keep it real in this space. Bonds’ stats, while extraordinary, are fake news. We know what he was in Pittsburgh and at the start back home in the Bay Area. He was terrific, but he wasn’t Ruthian before he picked up the syringe. We also know no one improves to the point of ridiculousness in their mid and late 30s — not without medicinal aids. 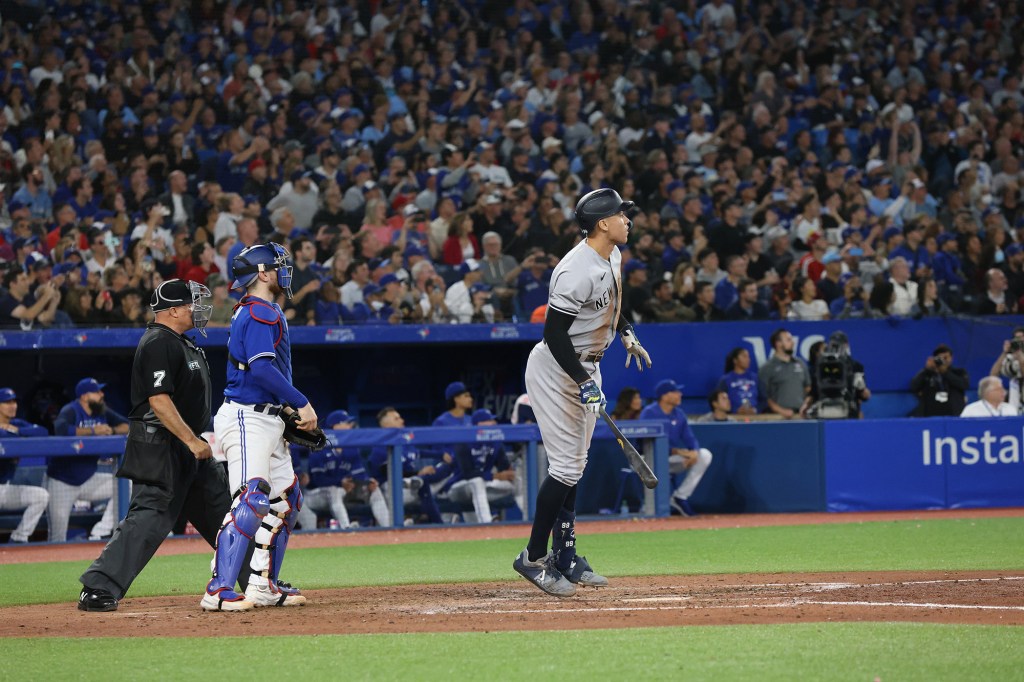 Judge did it with hard work and grace and class. It was not done with the help of Victor Conte or some other behind-the-scenes scoundrel. It is a season to be admired by one and all — no asterisks and no questions asked.

Judge did it on his own, and at times during the dog days that was pretty literal. While the rest of the Yankees were floundering, and threatening to unravel, Judge kept getting better and better. His 19-homer lead in the majors represents the biggest gap since 1928, when Babe Ruth finished 23 home runs ahead of Hack Wilson and Jim Bottomley. Judge also is lapping the field.

Everything to know about Aaron Judge and his chase for the home run record:

Beyond the numbers, he has become a great leadoff hitter, a terrific center fielder, a superb leader, a true captain (even without the title), and by all accounts the best teammate you could ask for.

Ruth practically invented the home run, but Judge has topped The Babe. He has hit 30 home runs at home and 31 on the road. Someone once said Yankee Stadium was a Little League park, but Judge’s numbers are actually slightly better on the road. He had 33 home runs before the All-Star break, 27 since, which actually represents much greater performance, since the All-Star break came late this year after the tardy start while MLB and the players union worked out their own differences.

Once that was done, Judge and the Yankees sat down, and tried to figure it out. But they had a problem. Judge saw himself as comparable to the best in the game, the Yankees saw him as comparable to Mookie Betts, who may be the best in the game, but isn’t quite paid like it. Judge and the Yankees are thought to have been close to $100 million apart. Judge was right, as it turns out. He is the best, bar none. 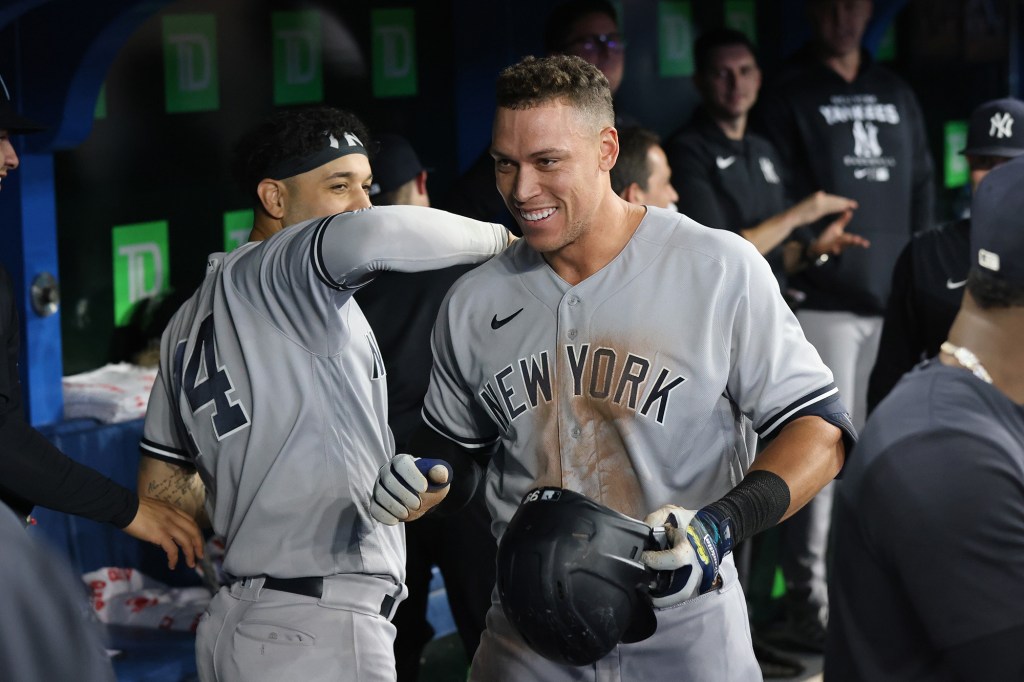 When I recently told a Yankees official they need to pay Judge whatever he wants, he informed me that I would not be a viable candidate to work in the team’s front office. They have said they will pay him something that’s “extremely competitive” or words to that effect. And maybe that will get it done. Because being a Yankee benefits him, as well.

But here’s another idea. Pay him what he’s worth. He has dominated the season with nonstop heroics, he has created more excitement than any Yankee since Mantle, or maybe even Joe DiMaggio or Ruth. He has inspired a whole section of seats and sold a ton of merch. The Judge’s Chambers are as much a part of the scene as the roll call, maybe more.

He is by far the biggest star on the team. Mike Trout has Shohei Ohtani, the miracle two-way player who will finish second in MVP to Judge. Betts has Freddie Freeman, Clayton Kershaw and a legion of greats. This Yankees team has several outstanding players. Gerrit Cole is a workhorse, even if he’s susceptible to the home run. Anthony Rizzo is a savant in the box and at first base. Giancarlo Stanton is a threat every time he comes up. Nestor Cortes is an original and a revelation.

But let’s face it. It’s Judge and everyone else. That’s just like this season, which is all his now. He owns the year.