This story discusses suicide. If you or someone you know is having thoughts of suicide, please contact the Suicide & Crisis Lifeline at 988 or 1-800-273-TALK (8255).

Georgia police have arrested an 82-year-old man in the stabbing death of his 80-year-old wife after he initially reported her death a suicide.

Judith Miller and Bruce Miller had been together 56 years when Judith Miller died from an apparent stab wound on Sept. 15. Roswell police responded to reports of a suicide at the couple's home on Oakhaven Drive.

Bruce Miller "made the original 911 call and provided a statement to investigators indicating that Judith’s wound was self-inflicted, and that she had taken her own life," Roswell police said in a Wednesday Facebook post. 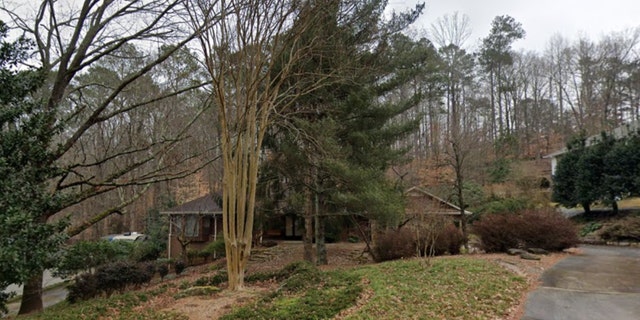 Judith Miller and Bruce Miller had been together 56 years when Judith Miller died from an apparent stab would on Sept. 15, when Roswell police responded to reports of a suicide at the couple's home on Oakhaven Drive. (Google Maps)

An autopsy and investigation by the Roswell Police Department, however, led investigators to rule Judith Miller's death a homicide.

Detectives arrested Bruce Miller on charges of murder, felony murder and possession of a knife during the commission of a crime on Wednesday — one day after Judith Miller's funeral, according to her obituary.

Judith's obituary states that she was "a beautiful woman inside and out, caring deeply for all those around her."

"She was a devoted and loving wife, mother, and friend," the obituary states. "Judith will be deeply missed by those who were fortunate enough to have known her. Her wide smile and big heart exhibited a true interest and love for all around her and will always be cherished by so many. Her love of nature, travel, reading, drawing and all those aspects of life which bring us all together versus apart will always be celebrated and inspire us all."

Authorities are asking anyone with additional information about this case to contact the Roswell Police Department at 770-640-4100 or anonymously send information to Crime Stoppers Atlanta at 404-577-TIPS(8477).

Audrey Conklin is a digital reporter for FOX Business and Fox News. Email tips to [email protected] or on Twitter at @audpants.