Authorities in Colorado disabled a pipe bomb left behind a grocery store Tuesday.

The Littleton Police Department said the area around a Safeway was closed off when a suspected explosive device was discovered. It was not clear how long the device had been there. 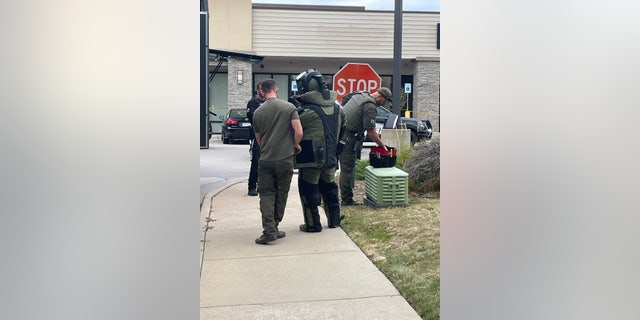 A police bomb technician at the scene where a pipe bomb was found behind a Safeway in Colorado. (Littleton Police Department)

The supermarket was not evacuated, and no arrests have been made.

‘Family Karma’ star Amrit Kapai: Gizelle Bryant was ‘rude to me’ at BravoCon

Family of fallen officer snubs McCarthy and McConnell as Congress honors law enforcement who defended the Capitol on Jan. 6

Was Iran’s Morality Police Really Abolished? What We Know

Ronald and Nancy Reagan rejected pal Rock Hudson when he had AIDS: book

Protesters in Iran Press On with 3-Day National Strike

Stars like Oprah and Gwyneth Paltrow can’t resist these jumpsuits

The best deals on robot vacuums before Christmas