In the case of the game between the Dolphins (8-3) and the 49ers (7-4) on Sunday in Santa Clara, Calif., the emotions on both sidelines figure to be heightened because the two competing head coaches are as thick as thieves.

Dolphins first-year head coach Mike McDaniel was the 49ers’ offensive coordinator before this job and is very close with his former boss, San Francisco head coach Kyle Shanahan. McDaniel spoke this week about his determination not to allow his personal feelings cloud the job he needs to do Sunday to help his team win.

“The players, the people in the building and the coaching staff, everyone is depending on me to do my job,’’ McDaniel said. “I directly affect a lot of people in that regard. I think it’s incredibly insulting to so many different avenues, people in the building, the organization, the fans, if I’m worried about, ‘Wow, this is where I used to [work].’ ’’

“They have a very good team, coached very well, and they play really hard,” McDaniel said. “And what a wonderful opportunity for us to go on the road and play a team that you have to earn everything you get. So, this is just great football between two teams that haven’t lost in a minute, and generally when you haven’t lost in a minute, you don’t want to feel that [losing] feeling. 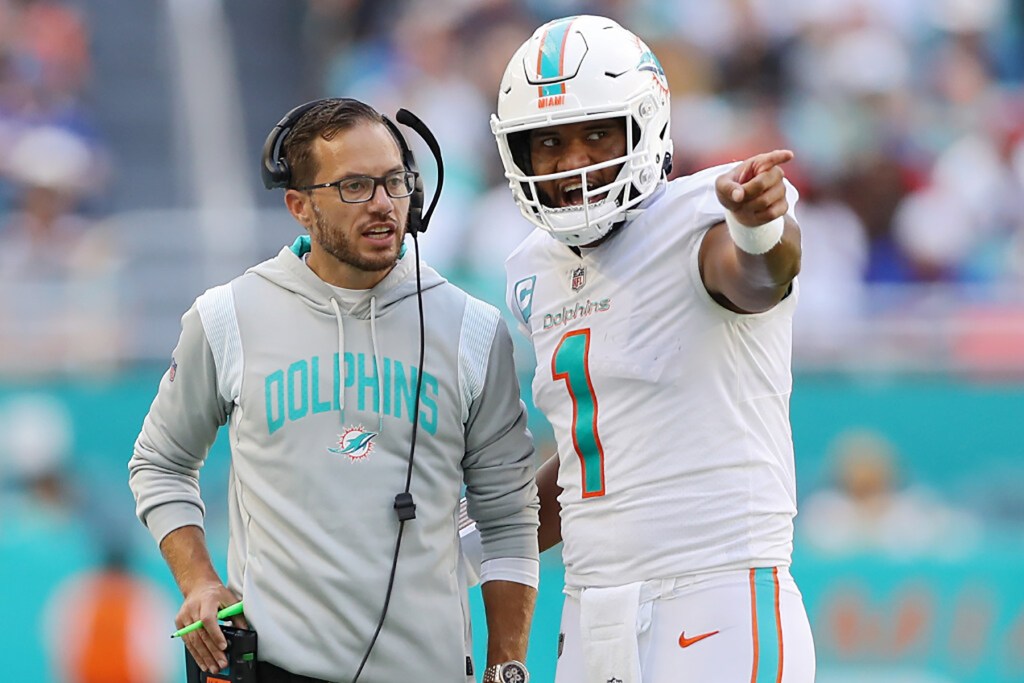 “So, there’s a lot of incentive on both sides to make sure that they end up on top. And isn’t that why we do football?”

“I’m hard to get rid of,” McDaniel joked this week. “I think I recognized [Shanahan] as an ambitious coach that got into it to help players. I recognized in him early that he really could help players grow and live out their dreams. He knew more than anybody that I’d been around about football so you try to be a resource and you try not to miss opportunities, especially ones right in front your face. 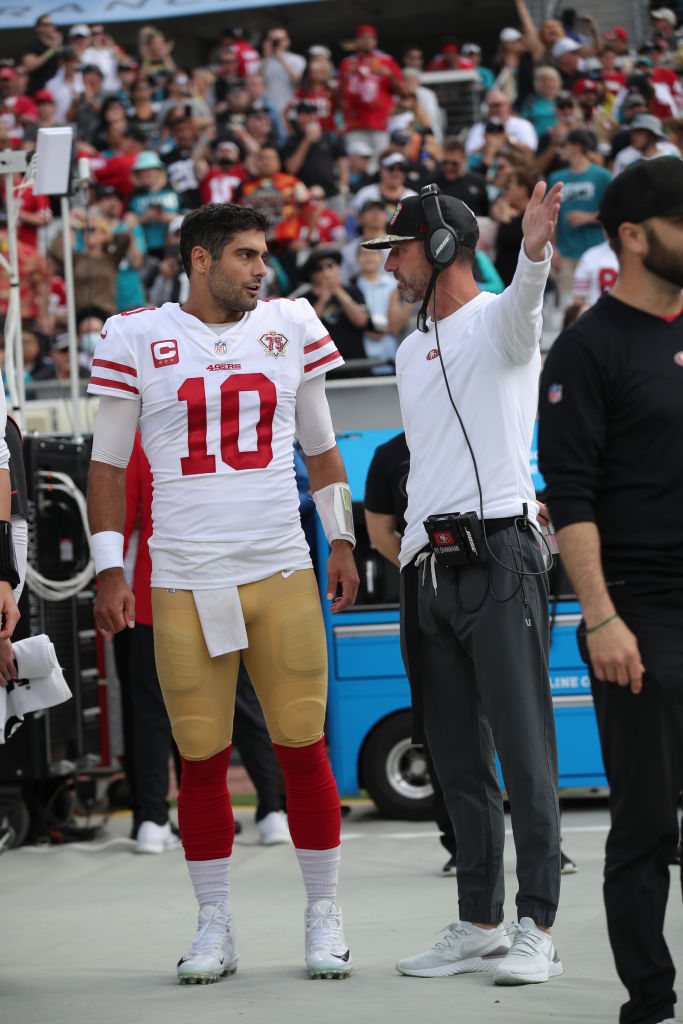 “It was a great working relationship that I’m very much grateful, indebted and really don’t know where I’d be without it.” 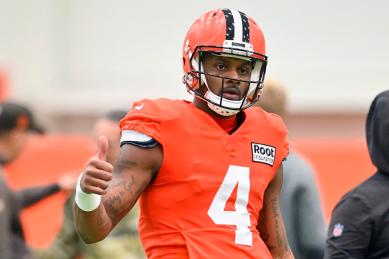 As they’ve prepared for the Dolphins this week, 49ers defensive players felt as if they were watching their own offense in many ways.

“It’s our offensive scheme, and McDaniel does a really good job of mixing things up,” 49ers defensive coordinator DeMeco Ryans told reporters this week. “Not too many plays are the same. He finds a way to get different players in different positions, a lot of different looks, a lot of different motions to get defenses confused and looking at all these things that are going on. So, he does a good job of creating space.”

Niners linebacker Fred Warner called it “like training camp” watching the Dolphins’ offense with all of its familiar pre-snap motion action.

“Obviously, that’s something we deal with all training camp against our offense,’’ Warner said. “That’ll be helpful in playing a team like this. It’s about being disciplined in your fits … knowing where your eyes are going and ultimately just executing your assignment.”

Shanahan called it “cool to watch’’ McDaniel build his team into an offensive power with the offseason acquisition of speedster receiver Tyreek Hill, who has helped make quarterback Tua Tagovailoa among the best in the league. 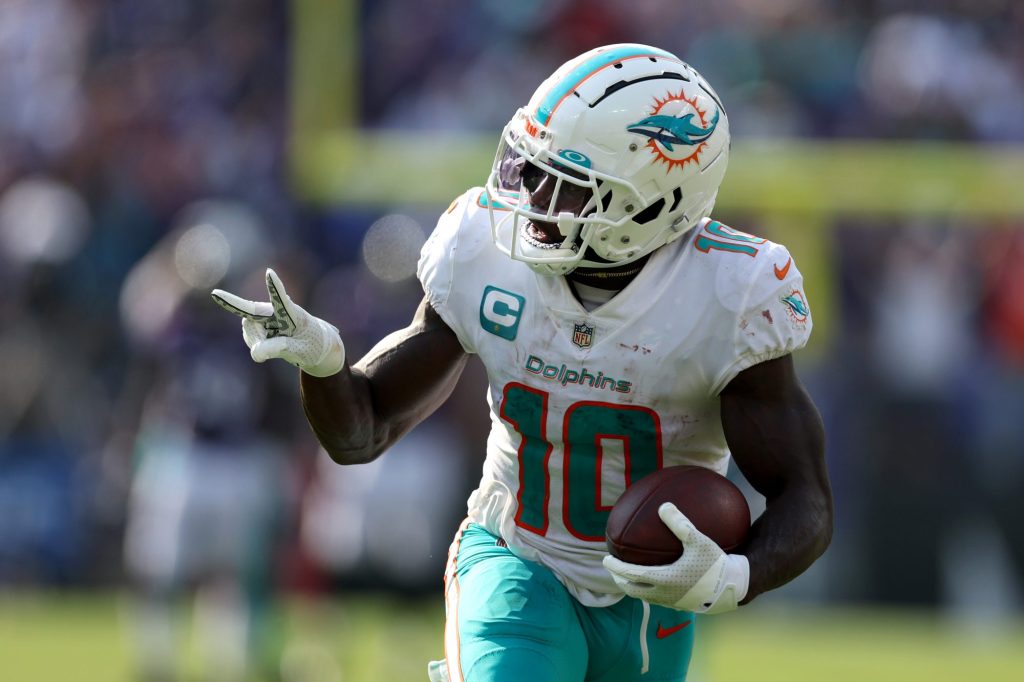 “Right when he got Tyreek, you knew how much that was going to help,’’ Shanahan said. “There’s a number of fast people in this league and to me he’s different than everyone else, probably ever just [with] the physicality and speed he runs with. The question was watching Tua in the offense and I wasn’t totally sure of that and I remember turning it on in the preseason and watching his first game and I was like, ‘Wow, this guy looks totally different and looks very comfortable.’ ’’

“[McDaniel] is doing a great job with his personnel,’’ Shanahan said.

Lea Michele: I have ‘265 days to learn to read’ before Barbra Streisand’s memoir

Jan. 6 rioter who brought Confederate flag to Capitol to be sentenced Thursday

Harris: Biden "in command" at State of the Union despite GOP "gamesmanship"

Satellite images show scale of the earthquake devastation in Turkey

Satellite images show the scale of the earthquake devastation in Turkey

Madonna hits back at ageist criticism after Grammy Awards appearance

‘RHOP’ alum Katie Rost reveals she relapsed: ‘I failed’ but am ‘starting over’

Model influencer found dead in her car with 11 stab wounds