DeSantis said Wednesday on "Tucker Carlson Tonight" the hurricane clocked in just shy of a Category 5 storm, but that Ian's breadth dwarfed some of the Cat-5's in that area, leading to similar levels of destruction.

The storm struck the Sunshine State in almost the exact same spot as Hurricane Charley did in 2004. Charley had been the strongest storm to strike the southwest Florida until Ian – weaker than only 1992's Hurricane Andrew, which ravaged Homestead and Miami on the Atlantic side.

DeSantis said Ian has caused record storm surge in Collier, Lee and Charlotte Counties. It continues to churn through the state, largely following the US-92 corridor toward a forecasted exit near Daytona Beach. 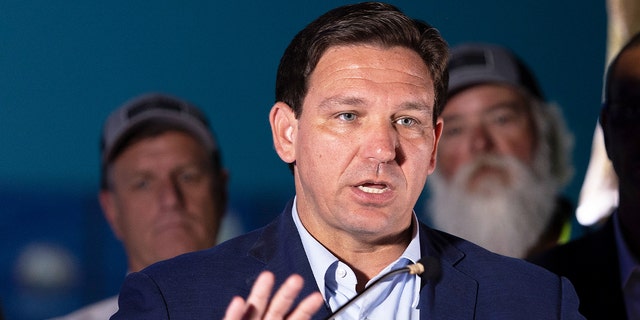 The governor added power and light workers from other states have been streaming in to help the local authorities restore electricity and telecommunications once the wind gusts drop into a safe range.

"The state has marshaled hundreds of aircraft. We have high water vehicles. We have the capacity to go by air, by land or by sea to help people. And we will do that. And that's going to need to take place," he told host Tucker Carlson.

"But then you're going to have a major effort to restore power. We have 100 cell towers that we can help stand up to help do communications. We have over 42,000 linemen and other personnel associated with restoring power. If you're driving anywhere in Florida, I-10, I-95, you see these trucks coming into the state and it's been ongoing. So that's going to be the biggest probably logistical effort in the history of the state." 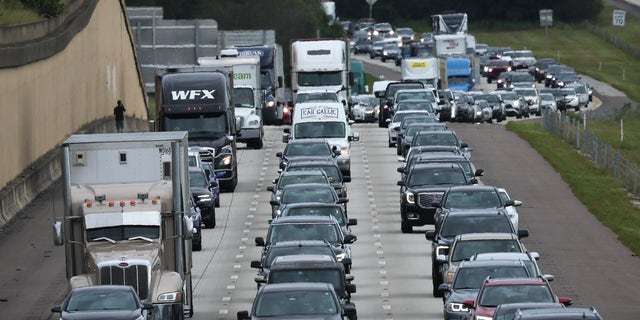 Traffic moves slowly on I-4 East as residents evacuate the Gulf Coast of Florida in advance of the arrival of Hurricane Ian on September 27, 2022 in Four Corners, Florida.  (Win McNamee/Getty Images)

DeSantis cited the "massive standing water" in places like Naples, the county seat of Collier, which he categorized as the "biggest flood event" in that part of the state.

He also warned that, citing figures from Hurricane Irma, the death toll from such storms is proportionally higher in the aftermath than during the actual event, often due to humans being around downed power lines or misusing generators. 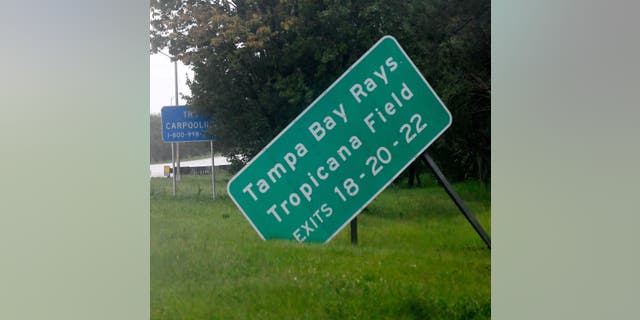 A damaged sign sits on the side of state road I-275 as Hurricane Ian approaches on September 28, 2022 in St. Petersburg, Florida.   (Gerardo Mora/Getty Images)

Seven people were killed during Irma, he recounted, adding that more than 10 times that number died following it.

The governor concluded by noting that he has been in touch with President Biden for federal support, adding that if leaders cannot put politics aside when civilians are "fighting for their lives, when their whole livelihood is at stake; when they've lost everything… then you're just not going to be able to."

While Pensacola and the western Florida panhandle has escaped largely unscathed from the storm, much of the rest of Florida remains under various watches and warnings – with Ian's path forecasted to make a second, Atlantic landfall along the Georgia or Carolina coast – and eventually leading to potentially heavy rains as far north as Appalachia.

Governors far to its north like Glenn Youngkin in Virginia, have already enacted states of emergency.

Charles Creitz is a reporter for Fox News Digital.