Hurricane Ian was on a collision course with Florida and could build to a Category 4 storm after it battered Cuba and left the island country without power Tuesday.

The storm is expected to get stronger as it travels over the warm Gulf of Mexico before it reaches the southwest coast of the Sunshine state with winds potentially reaching 130 mph.

Tropical-level winds were expected to hit the southern peninsula late Tuesday before the storm was predicted to reach hurricane-force in the area Wednesday. Naples to Sarasota were most at risk, the National Hurricane Center reported Tuesday during a 5 p.m. update.

The Tampa Bay area would face a storm surge of 4 to 6 feet, the Tampa Bay Times reported, citing a Hurricane Center graphic. Just south of Tampa Bay could be hit with an extreme surge of 12 feet, according to the newspaper. 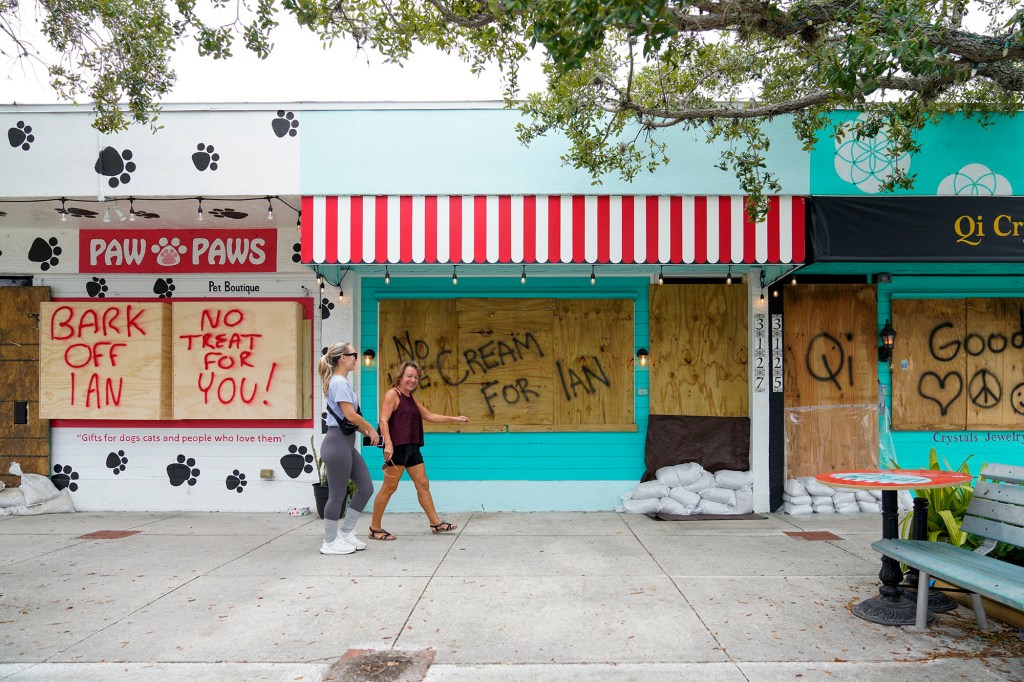 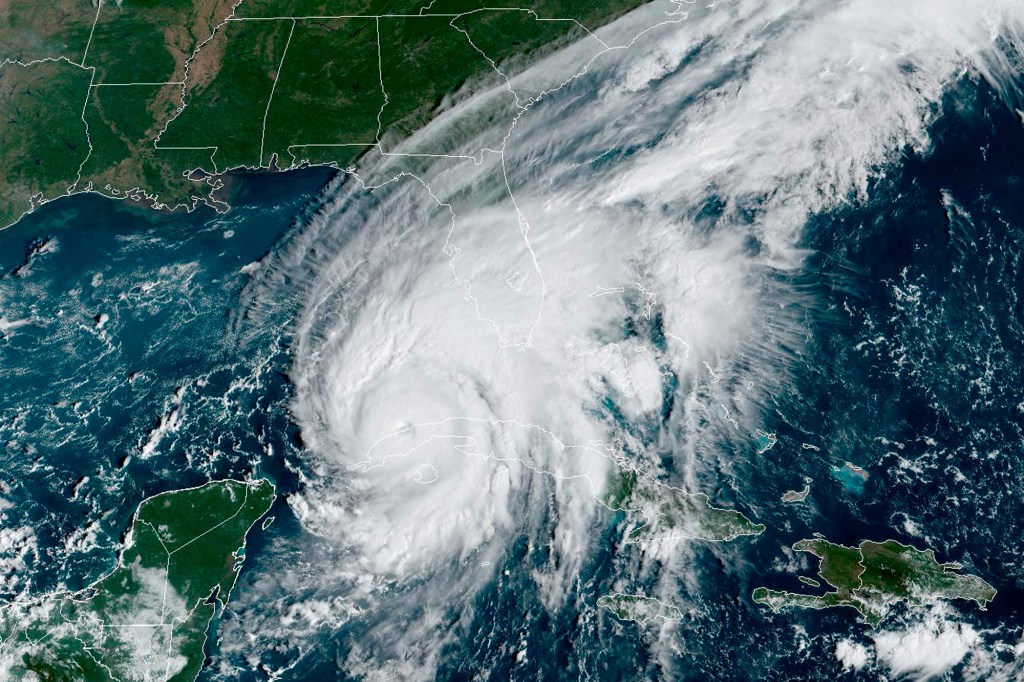 Flash, urban and small stream flooding could all barrel into parts of Florida with central and northern Florida expected to receive 12 to 18 inches of rain with some areas even getting as much as 24 inches, the Tampa Bay Times reported.

“The wind and rain continue to be relentless as the storm moves north,” reporter TJ Parker of WSVN-TV tweeted.

Gov. Ron DeSantis said about 100 shelters were opened by Tuesday afternoon to the 2.5 million people told to evacuate their homes.

“This thing’s the real deal,” DeSantis said. “It is a major, major storm.”

Here’s everything to know about Hurricane Ian:

The Republican governor and President Biden spoke over the phone as both committed to a close working relationship during the possibly catastrophic event, White House Press Secretary Karine Jean-Pierre tweeted Tuesday.

Residents were leaving in droves to avoid the potentially deadly storm.

Gil Gonzalez packed up with necessities as he boarded up his Tampa home as he placed sand bags around it earlier Tuesday.

Officials across the state have stressed the storm was a major threat to life and property.

Hundreds of nursing home residents were being evacuated, as were some hospital patients in the Tampa area. Airports were also closed in in Tampa, St. Petersburg and Key West.

More than 2,000 flights were canceled due to the storm by commercial airliners with nearly 60 school district closed Tuesday or closed for classes Wednesday, DeSantis said. 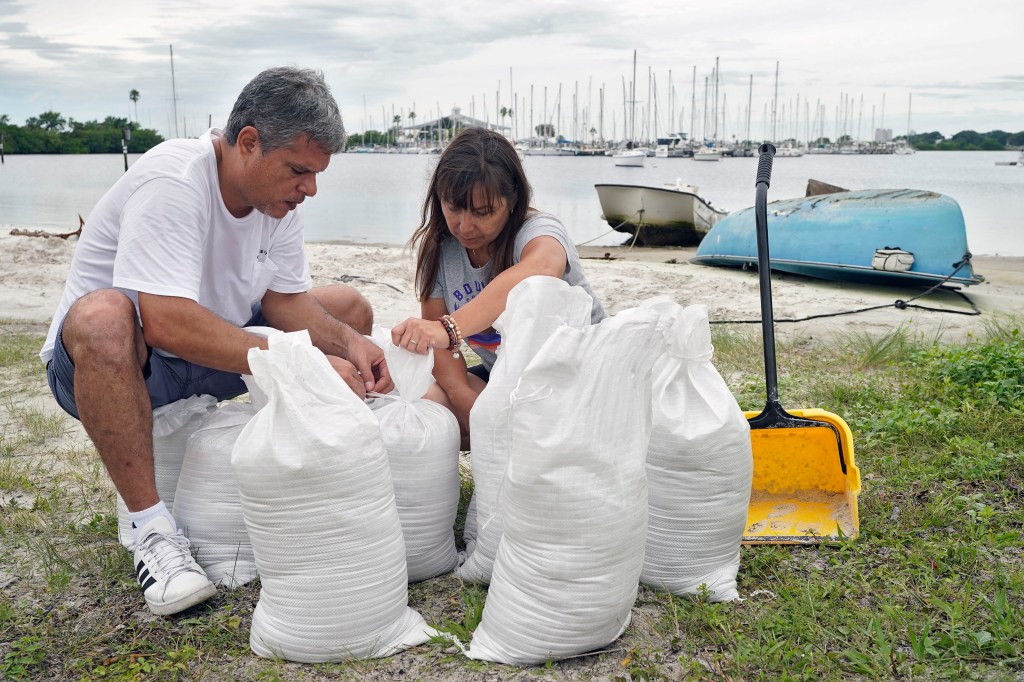 Multiple tourist attractions, like Disney World and Sea World, were planning to shut their doors Wednesday and Thursday while Busch Gardens was already shuttered ahead of Ian.

One woman was staying put in her home two blocks from the beach in Dunedin, which is west of Tampa. If the waters began to rise, she said she’d climb to the second floor of her home.

“I’m a Floridian, and we know how to deal with hurricanes,” Kelly Johnson said. “This is part of living in paradise — knowing that once in a while these storms come at you.”

With Ian threatening Florida, the storm already devastated Cuba as it knocked out power for the country’s 11 million people. The country’s Electric Union said it was working to restore electricity Tuesday night into Wednesday.

The storm also forced the evacuation of tens of thousands of people as one of the country’s most critical tobacco farms was badly damaged.

Stream It Or Skip It: ‘Troll’ on Netflix, a Silly Norwegian Twist on the Giant-Monster-Stomps-Around Genre

Stream It or Skip It: ‘Dolly Parton’s Mountain Magic Christmas’ on NBC Is the Campy Holiday Special We Need Right Now

How To Watch Bills vs. Patriots Live on ‘Thursday Night Football’

Senate to vote on bill to avoid rail strike

Insured losses from disasters will exceed $100B for second year in a row, led by Hurricane Ian, new data shows

Biden has 'no immediate plans to contact' Putin, will only speak if he is 'looking for a way to end the war'

Snoop Dogg poses for Skims with wife, kids and grandkids after Kim feud

Michelle Williams: Why I always bring Busy Philipps as my date to events

Stream It or Skip It: ‘A Hollywood Christmas’ on HBO Max, a Meta Comedy About the Holiday Movie Industry

2022 FIFA World Cup: How to stream the Cameroon vs. Brazil game

2022 FIFA World Cup: How to stream the South Korea vs. Portugal game

Gifts for teens that have major cool factor

Walmart free money deal: Save $10 on your first three in-store pick-up orders with this code

2022 National Geographic pictures of the year

Reimagined version of ‘The Wiz’ to make Broadway return

3 of the best times to buy life insurance

India’s Richest Man Is Buying a Major TV Channel. It’s a Blow to Independent Media in the Country

Florida man fatally stabs mom because she ‘never pushed him to be a man’: cops

Black Creeks expelled from tribe finally get their day in court, 43 years later

Another scandal has engulfed Buckingham Palace. Does the British monarchy have a racism problem?

Amazon says it will continue to sell antisemitic film

Belgium knocked out of World Cup after goalless draw with Croatia

Joy Behar Blames Casey Anthony for End of Her HLN Talk Show on ‘The View’: “She’s a Little Liar”

Belgium out of 2022 World Cup in ‘Golden Generation’ failure