Kids as young as 10 years old were among a mob of 100 rowdy youths who ransacked a Wawa convenience store in Philadelphia over the weekend, police in the city said.

Cops released new surveillance footage Tuesday in hopes of identifying the young people who are wanted for looting.

The huge crowd of kids stormed the Philadelphia store at 7001 Roosevelt Blvd. around 8:15 p.m. Saturday and began looting the business, police said in a release that included new footage of the melee.

They hurled food and drinks at one another, knocked over shelves and destroyed and stole store merchandise, according to police and video footage.

One young woman jumped atop a counter and twerked as other youths filmed the pandemonium on their phones, a video shot by a store employee shows.

The mob fled the store and continued the lawlessness in the parking lot where several youths jumped on top of parked vehicles, police said. 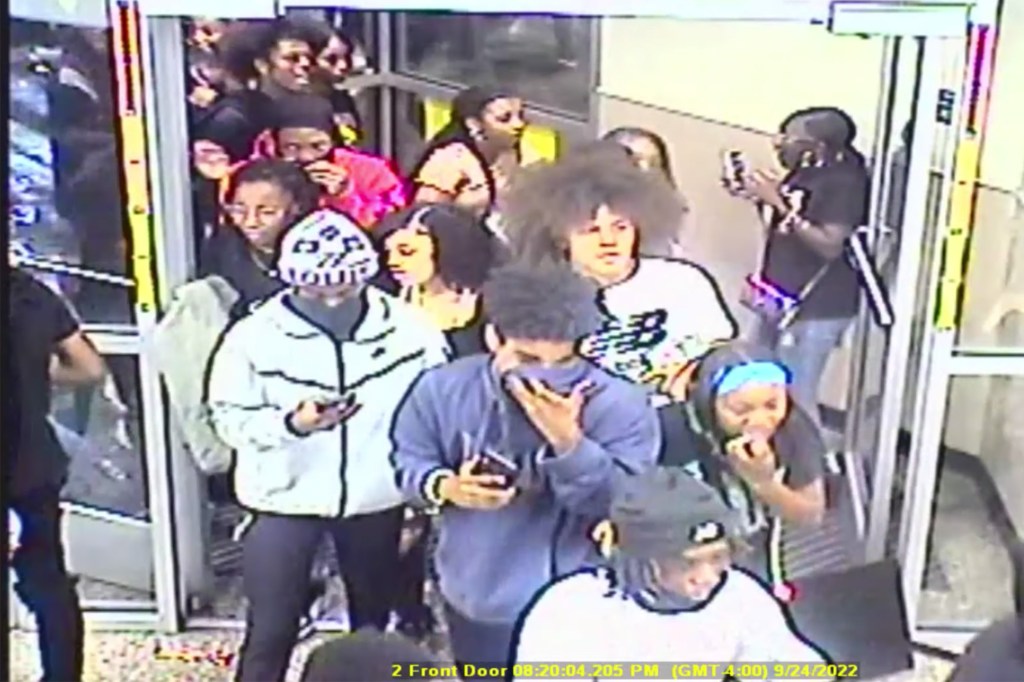 Officers responded and broke up the mayhem, but were outnumbered and made no arrests at the time, according to police.

“We have to be cautious because if we just had officers running in and just grabbing kids, we would be having a whole different conversation today,” Philadelphia Police First Deputy Commissioner John Stanford said, according to CBS News Philadelphia. “And then that’s the unfortunate piece,”

A video of the aftermath shows the store completely torn apart. The floor was covered with items pulled off shelves, spilled drinks and trash.

The children charged the Wawa after coming from a rolling skating center next door, where they reportedly broke tables and began fighting, the outlet reported.

Police are now working to identify suspects to make arrests on serious charges including “riot, criminal mischief, vandalism, theft and riot being a felony,” Philadelphia Police Captain John Ryan said, according to CBS.

There were no reported injuries as a result of the mob, cops said.

“Bottom line, we cannot have this type of behavior happening again, the business community doesn’t deserve that. The citizens of this city don’t deserve it,” Stanford said.

Titans get first shot at revenge vs. Bengals since playoff loss