The majority of the talking points emanating from the other side of the world painted a rosy picture about progress and optimism of the U.S. men’s national team after its elimination Saturday from the World Cup.

While much of that is deserved, goalkeeper Matt Turner offered the most blunt and honest assessments of the Americans’ 3-1 loss to the Netherlands in the Round of 16 on Saturday in Al Rayyan, Qatar.

“This wasn’t said, but from my perspective, it just came down to what happened in both boxes,“ the 28-year-old Turner told Fox after the match. “They had some ideas in the final third, and they were able to execute them, and when we got into the final third, their defenders made plays.

“That was the biggest difference. And unfortunately for us, we fought hard to get back into the game, and conceded another goal late and that kind of took the steam out.”

Turner, a New Jersey native who played collegiately at Fairfield, didn’t have much chance to stop unmarked strikes from inside the 18-yard box by Memphis Depay and Daley Blind in the first half, or another by Denzel Dumfries in the 81st minute, soon after Haji Wright had cut the U.S. deficit to 2-1. 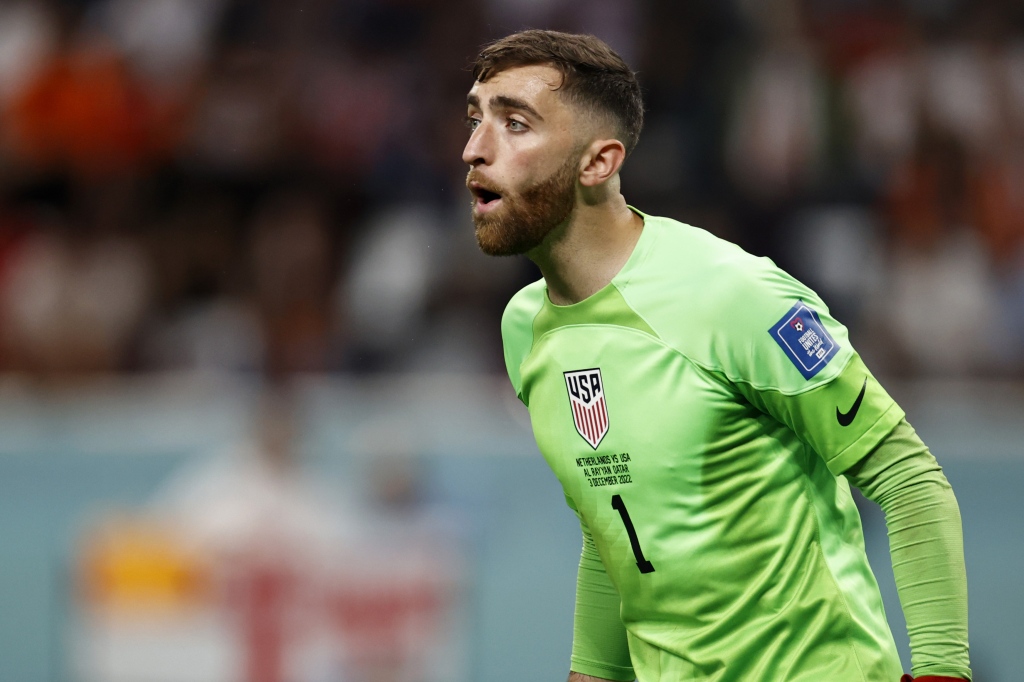 Photo by ANP via Getty Images

“I think it wasn’t our best performance. It wasn’t the performances that we’ve been accustomed to, whether it be this tournament or prior,” said Turner, who plays his club ball for Arsenal. “I think we were allowing balls into the box and just not checking runners.

“When you let good teams and world-class players run freely onto a ball, it can make things pretty difficult for us. We didn’t block shots, and it was just a tough night overall defensively and one that we will probably lose some sleep over.”

Despite the three goals allowed, Turner kept the U.S. in the game during a multi-save sequence on a double Dutch scoring chance in the 71st minute, about five minutes ahead of Wright’s goal.

Still, it wasn’t enough for the U.S. to advance to the quarterfinals for the first time since 2002.

“Just looking around that locker room, the silence is deafening,” Turner said. “We all want to create moments for people back at home to fall in love with the game and tonight was not one of those nights, unfortunately.”

Inside the Grammys 2023 gift bag: liposuction, $500 skincare and more

Valentine's Day 2023 gift guide: What to get your wife this year

Man busted with rifles aimed out of Hollywood high-rise windows

The US economy added a whopping 517,000 jobs in January

Arrests made in "cartel-style execution" that killed 6 people, including a baby

Celebrities love these roses that are designed to last a year

Book excerpt: "Saying It Loud," on the Black Power movement