The Rangers have seemingly made a commitment to Libor Hajek in the sixth defenseman role.

Zac Jones was demoted to AHL Hartford on Saturday, before the Rangers lost 5-2 to the Blackhawks at Madison Square Garden, as part of a slew of moves made for better cap position and personnel insurance. The decision was made after Jones and Hajek spent the first 25 games of the season alternating in and out of the Rangers lineup.

Sending Jones to the Wolf Pack will allow him to get significant playing time as the top blueliner. The Rangers also recalled veteran Ben Harpur, whose $750,000 cap hit gives the club more cap space in comparison to Jones’ $925,000. In 16 NHL games, Jones recorded his first NHL goal and one assist.

“[Jones is] a young player. He can still go down there without clearing waivers,” Rangers head coach Gerard Gallant said. “We want him to play some games. We like him, but we need him playing games as a young player.” 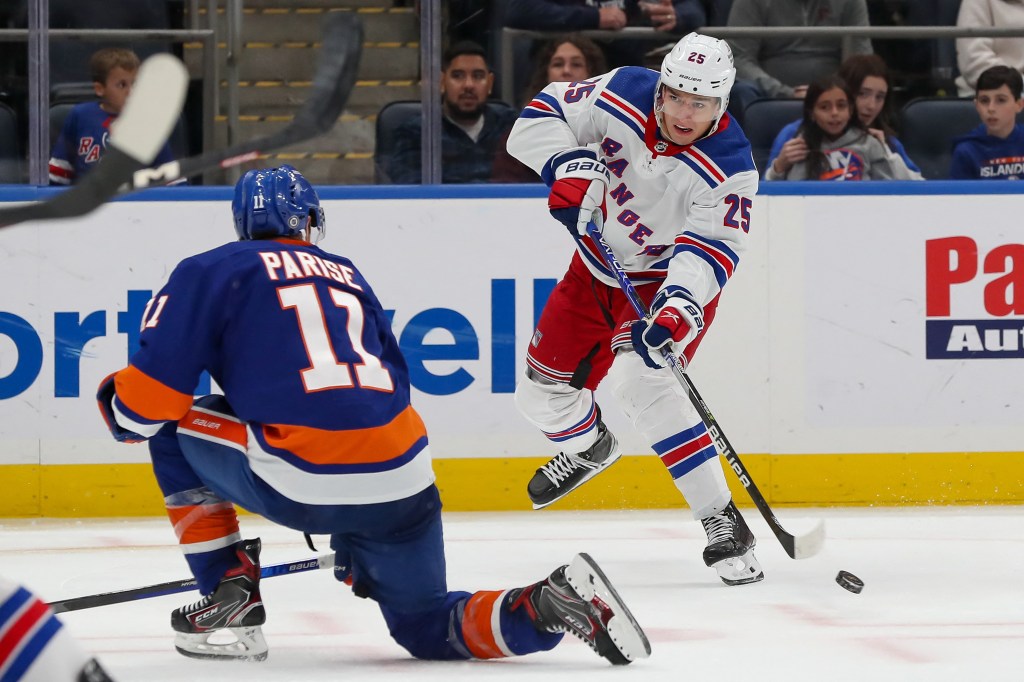 Hajek has probably played a more solid game than Jones, but it was likely difficult for the 22-year-old to get into a groove being yanked in and out of the lineup so often. Gallant had said Hajek would not have to endure the same situation he was in last season, when the Czech defenseman barely saw the ice, so the coach was likely just trying to be fair to both players.

“That’s not why we sent Zac down,” Gallant said when asked if this means he believes Hajek has done enough to play every night. “They’ve been going back and forth and that was going to continue. We made a decision … that the best thing for him was to go down there and play a few games. It’ll be reevaluated in a few days.”

Harpur, 27, is a veteran depth player with 156 games of NHL experience. After two seasons in the Predators’ organization, Harpur signed a professional tryout contract with the Wolf Pack as a free agent before inking a one-year, two-way deal with the Rangers in late October.

At 6-foot-6 and 218-pounds, Harpur will provide a sizable and physical option for the Rangers as the seventh defenseman.

The Rangers also recalled Jonny Brodzinski, who had been assigned to the Wolf Pack out of training camp after skating in 22 NHL games with the Rangers last season.

Filip Chytil, who had been considered a game-time decision, was scratched with a lower-body injury. The Rangers classified Chytil as day-to-day.

Bringing up two players and only sending down one had the Rangers’ roster back at the maximum 23.

Millennials’ ability, ambition comes into question following new polls: ‘Go out and get a job’

Dear Abby: My boyfriend’s daughter won’t speak to him