Margareta: The Crownless Queen Who Visited the Pope in the Vatican

(ZENIT News / Vatican City, 10.11.2022).- Her Royal Highness Margareta of Rumania, Custodian of the Rumanian crown, was received in audience by Pope Francis on Thursday, November 10, in the Vatican. It was a peculiar audience given that the present Head of the Royal Rumanian House is not acknowledged as Queen in her country, as the Communist regime obliged the Monarchs to abdicate in 1947. 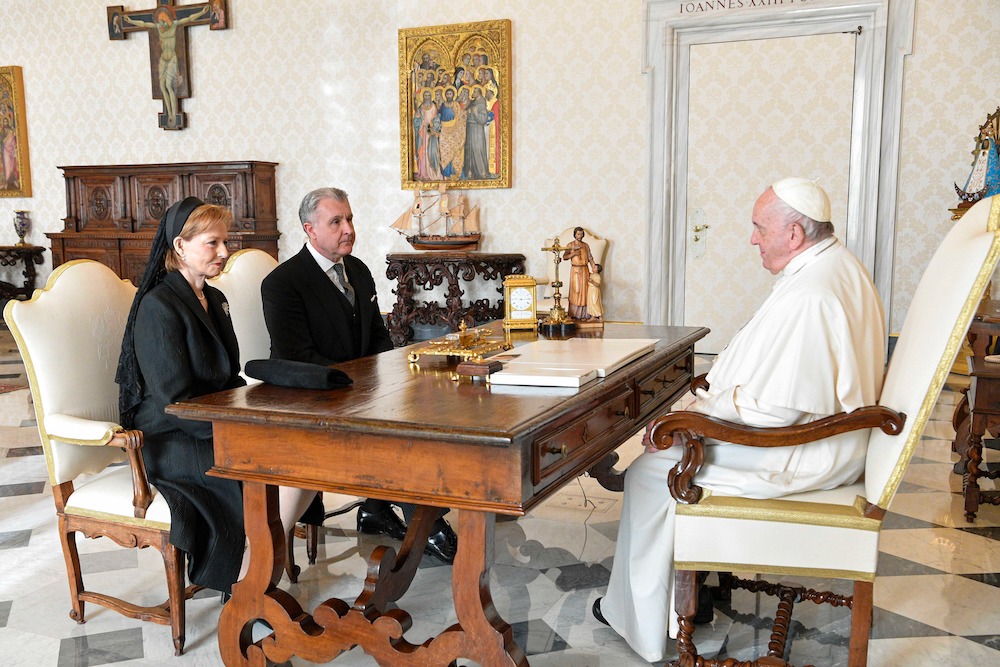 In a press release on  its social networks, the Rumanian Royal House said that Her Royal Highness Margaret and her Consort had a meeting with the Holy Father in the Private Library of the Apostolic Palace.

At the end of the meeting, the Pope greeted the Rumanian Delegation, which included Mrs Adina Lovin, Chargé D’Affaires of the Rumanian Embassy to the Holy See; Mr Andrew Popper, President of the Royal Council, and Mr Traian Sârcê, Chancellor of Her Majesty’s House. 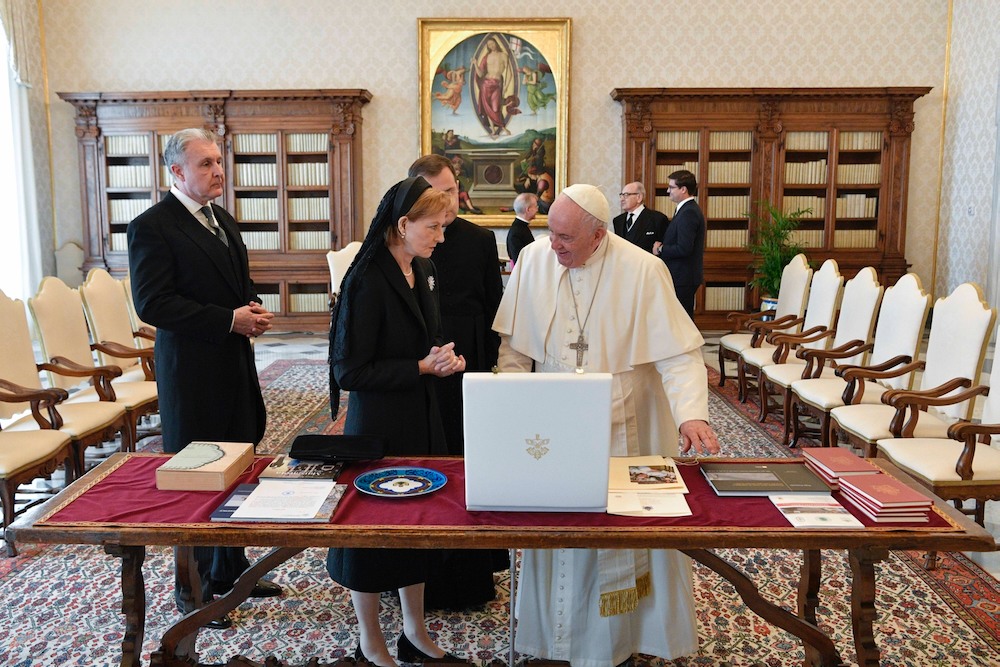 The Crown’s Custodian gave the Pontiff a collection of engravings of Master Stefan Câl tieia, 96 works in homage to the 96 years of life of King Michael I. The Pope gifted the Queen with a porcelain engraving of Saint Peter’s Basilica and a collection of seven volumes of the Holy Father’s personal library, which includes his thoughts and teachings addressed to young people.

The Custodian of the Crown, the Prince Consort and the Rumanian Royal Delegation then visited the Apostolic Palace and the Sistine Chapel.