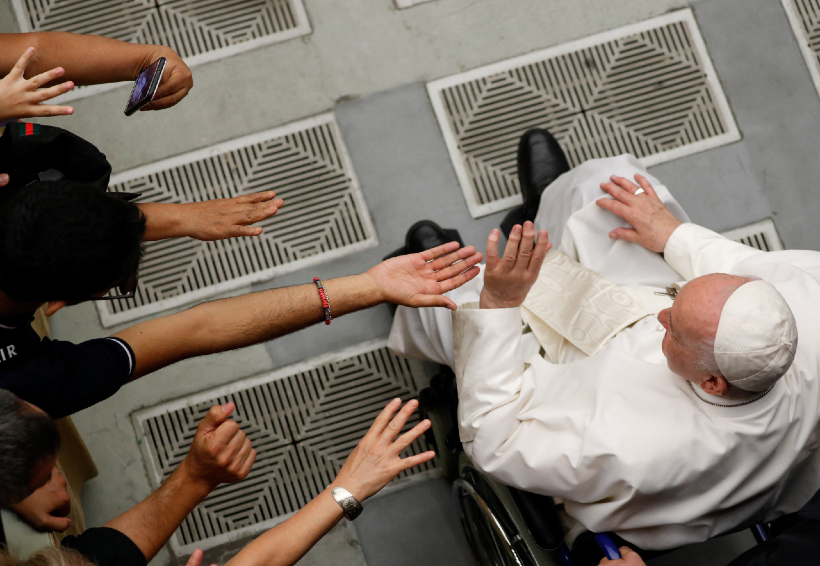 Pope Francis concludes his catechesis on the value and meaning of old age at the weekly General Audience, and recalls that serene faith and trust in Christ’s promise at that time of life can offer fruitful witness to the Gospel.

At the Wednesday General Audience, held in the Paul VI Hall due to the heat, Pope Francis picked up the theme of the value of old age for the last time.

He reflected on Jesus’ words of farewell to His disciples at the Last Supper, as recounted in the Gospel of John (14:1-3).

The Pope noted that many people eventually pass through the frailty and challenges of old age, but said it can also be a time of “exciting blessings of faith.”

“In old age the works of faith, which bring us and others closer to the Kingdom of God, are by now beyond the power of the energy, words, and impulses of youth and maturity,” he said.

Pope Francis pointed out that a temptation toward bitterness can arise in the latter years of life, as the years pass and we reflect on missed opportunities.

“Old age lived with gentleness and respect for real life definitively dissolves the misconception of a Church that adapts to the worldly condition, thinking that by so doing it can definitively govern its perfection and fulfilment.”

He added that old age itself is a blessing which God bestows, since it teaches us that our life is destined to go beyond the passage of death into eternal life.

“Our stable place, our destination is not here,” said the Pope. “It is beside the Lord, where He dwells forever.”

Our earthly life, said the Pope, could be considered a “novitiate” or apprenticeship, during which difficulties teach us to appreciate the gift of God and share it with others.

“Our existence on earth is the time of the initiation of life, which finds fulfilment only in God. We are imperfect from the very beginning, and we remain imperfect up to the end.”

Pope Francis noted that old age helps us understand the meaning of time and the limitations we face as we near the end of our time of “initiation”.

Old age, he said, helps deepen the “gaze of faith” which reminds us that Jesus spoke of Paradise in parables about festive banquets, something the Pope said we can look forward to.

In conclusion, Pope Francis said the elderly have the privilege to bear witness to their hope and faith in Christ for those around them, noting that old age “renders Jesus’ promise transparent.

“Old age is the phase in life most suited to spreading the joyful news that life is the initiation to a final fulfilment. And the best is yet to come.”