Pope Summons All His Ambassadors to the Vatican

th, with a concelebrated Mass presided over by Cardinal Pietro Parolin in the Choir Chapel of Saint Peter’s Basilica. The first day, which will be dedicated to meetings with superiors of the State Secretariat and some Heads of the Roman Curia, will end with a meeting with the Diplomatic Corps accredited to the Holy See. 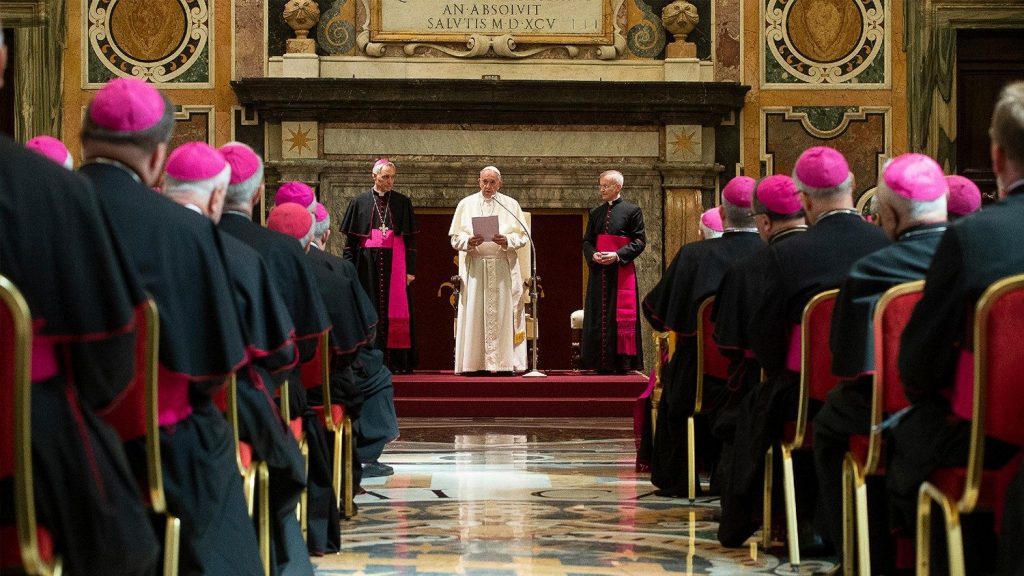 The work on Friday will be carried out in groups subdivided by Continents and on Saturday the 10th, after a concelebrated Mass presided over by the Pope in Casa Santa Marta at 7:30 am, the meetings and work will continue until 12:00 am, with a spiritual meditation directed by Monsignor Angelo Acerbi, Apostolic Nuncio.

A meeting presided over by Cardinal Pietro Parolin, Secretary of State, will be attended by superiors of the Secretariat of State, 91 Apostolic Nuncios and six Permanent Observers without Episcopal status. Five Papal Representatives will be unable to attend for health reasons and other impediments.

In addition to the mentioned Papal Representatives , there are at present 167 officials in diplomatic functions who work in the Nunciatures or in the State Secretariat. Four former students of the Pontifical Ecclesiastical Academy, who have completed their formation, are spending a missionary year abroad as desired by the Holy Father.

At present, the Holy See has diplomatic relations with 183 countries, in addition to the European Union and the Sovereign Order of Malta. It also has relations with the League of Arab States, the International Organization for Migrations and the United Nations High Commissioner for Refugees. Although it doesn’t have diplomatic relations with China, on October 22, 2021 the Holy See and the People’s Republic of China agreed to extend for two years the validity of the Provisional Agreement on the appointment of Bishops in China, signed in Beijing in 2018.