Four innocent bystanders, including two teenagers, were shot at a Queens park as they were caught in the crossfire of two feuding gunmen on Tuesday night, police sources said.

The victims were near the handball court inside of the London Planetree Playground when the shooters opened fire at each other at about 6:20 p.m., sources said.

But the hail of bullets struck four unintended targets. The youngest victims, a 15-year-old girl and a 16-year-old boy, were shot in the left leg and lower back respectively, sources said. 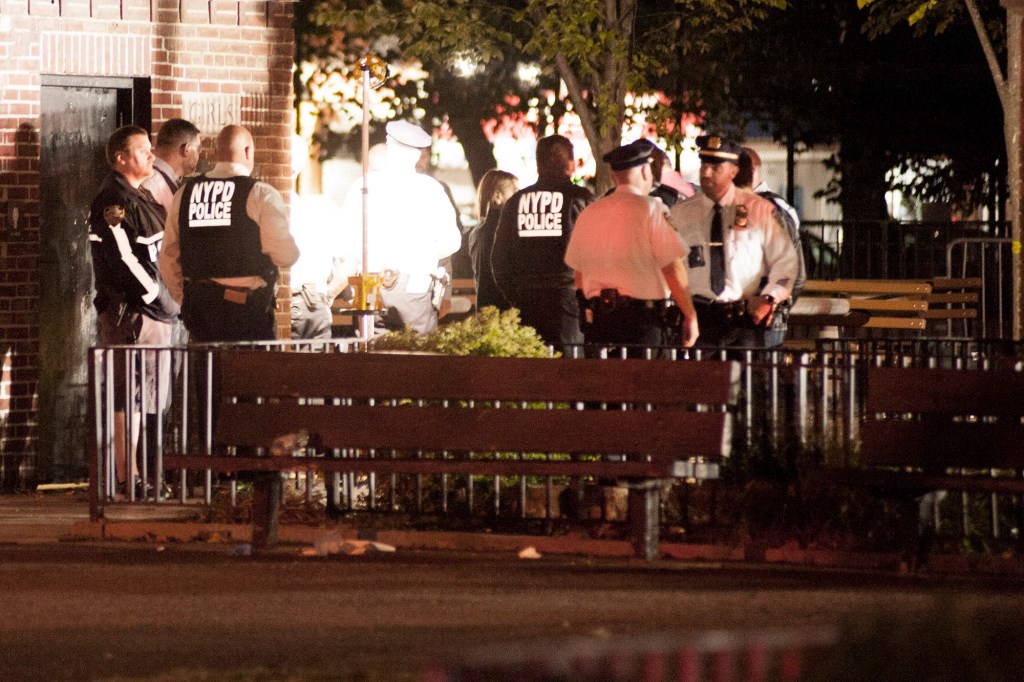 No arrests were immediately made after the innocent bystanders were shot, police said. 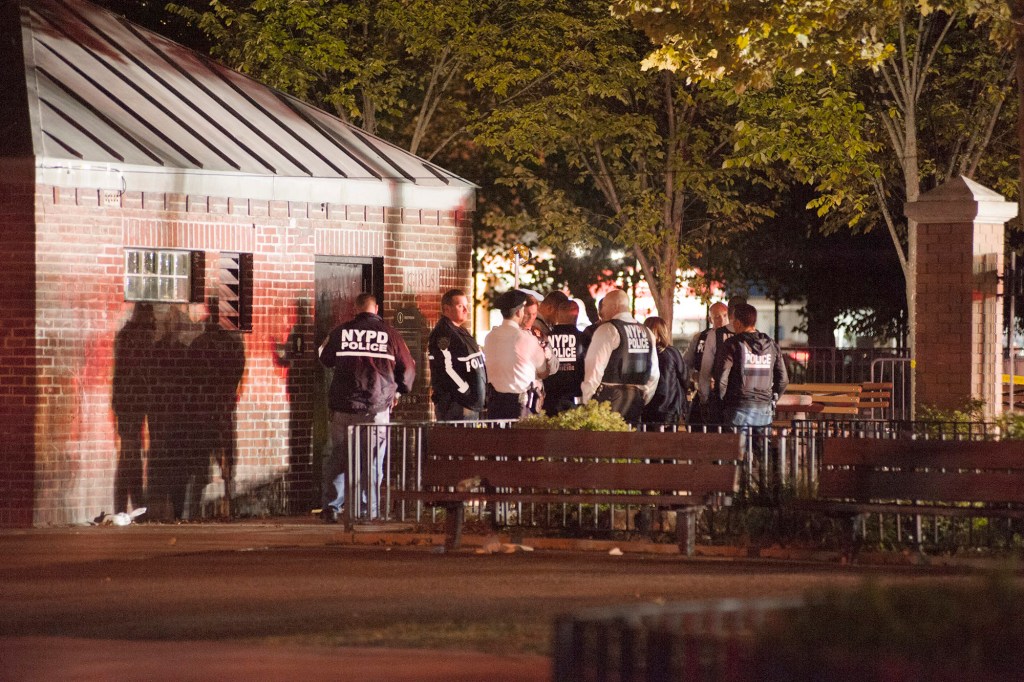 One of the suspects is believed to have fled in a black Mercedes Benz SUV, according to the sources.