In March, the DHS and DOJ published new rules for asylum claims by illegal border entrants. Overturning decades of practice, those rules allow Citizenship and Immigration Services asylum officers — not immigration judges as in the past — to grant asylum to migrants apprehended at the border. The New York Times has offered its foolishly hopeful take on the new system, which will encourage more migrants to enter illegally and deprive the American people of important protections.

Concerned about illegal entries, Congress amended the immigration laws in 1996 to allow the Department of Homeland Security to quickly remove border migrants without sending them to immigration court. That amendment, however, directed asylum officers to interview entrants requesting asylum to determine whether they had a “credible fear” of persecution, essentially a screen to weed out truly bogus claims.

The credible fear standard is low, and migrants who cleared it (as 83% did between Fiscal Year 2008 and the fourth quarter of FY 2019, according to Department of Justice statistics) were placed into removal proceedings to seek asylum from an immigration judge. The federal government is represented in those proceedings by ICE attorneys, who can challenge the migrants’ claims and offer contradictory evidence. 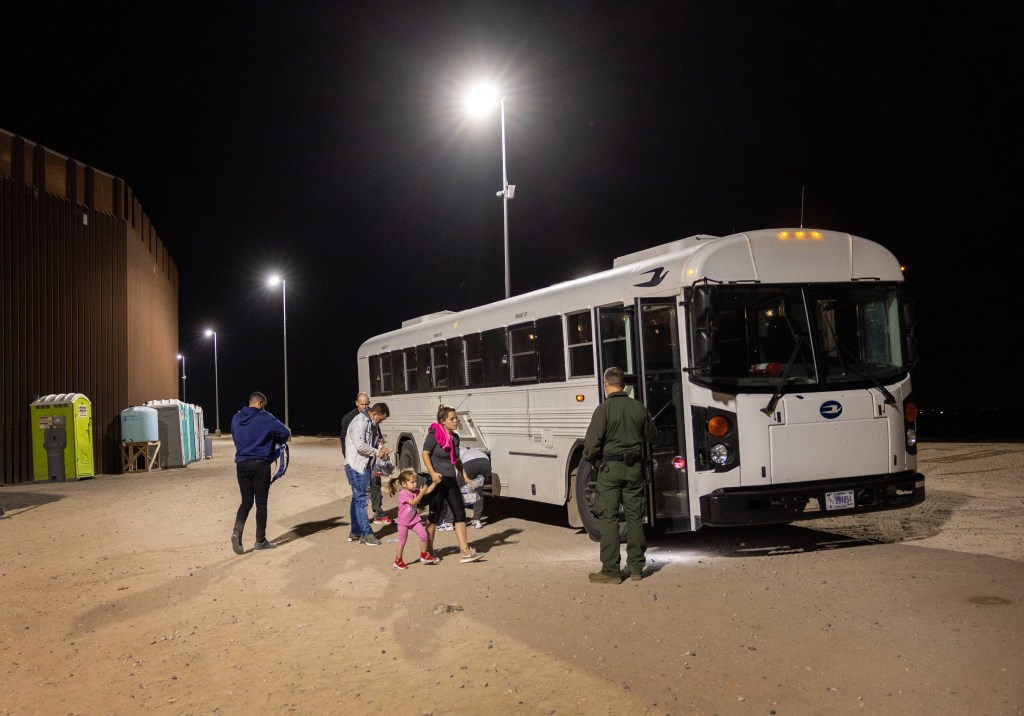 The DHS and DOJ proposed amending that system in August 2021 to allow the asylum officers themselves to grant asylum to migrants who passed credible fear. If denied, the applicant could appeal that decision in a modified version of the old system to an immigration judge, and if the court denied as well, to the BIA, giving him or her an additional “bite at the apple.”

My organization and others submitted lengthy comments explaining that this proposal violated the immigration laws and would also encourage more illegal immigration.
Among our concerns was the proposal would allow asylum officers to grant asylum — placing the migrant on a path to citizenship — following a “nonadversarial hearing,” at which the asylum seeker could be represented by counsel, but the American people wouldn’t. That means no cross-examination, no impeachment evidence, and no appeal if the asylum officer got it wrong.

Despite those concerns, the departments adopted the plan in March, and the Times reports that 99 migrants have been processed under the new rules. It quotes DHS Secretary Alejandro Mayorkas, who contends “about a quarter” of those people were granted asylum, “similar to the percentage” under the immigration-judge system. 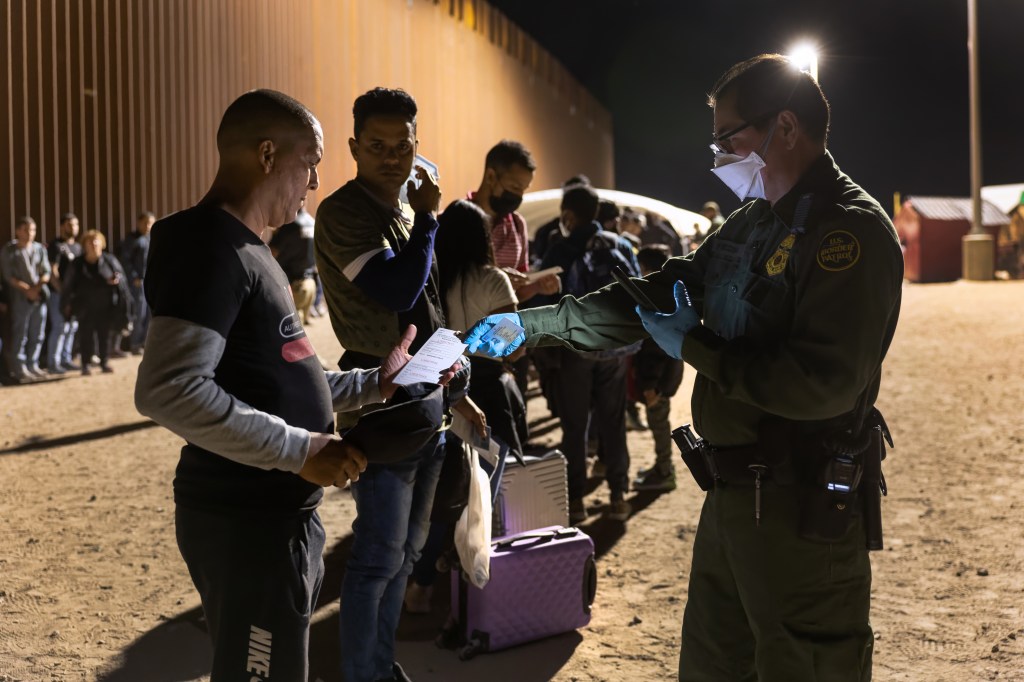 It doesn’t appear the Times pressed Mayorkas on this claim, which is both vague and erroneous. Under the DOJ statistics cited above, fewer than 17 percent of the border crossers who passed credible fear in the past were granted asylum by immigration judges — meaning asylum officer grants are “about” 50 percent higher, reflecting the safeguards in the older system.

What’s more, the people who were denied by asylum officers now get to start all over in immigration court, where judges will have to rely not on formal asylum applications (as under the old system), but on the officers’ notes, the interview transcript, and any evidence the applicant offered.

While Immigration and Customs Enforcement can also offer evidence and cross-examine the migrant in that removal hearing, under Biden administration policy, there’s no longer a guarantee the agency will even send an attorney. That’s also a significant departure from practice under every prior administration, stripping the American people of representation. 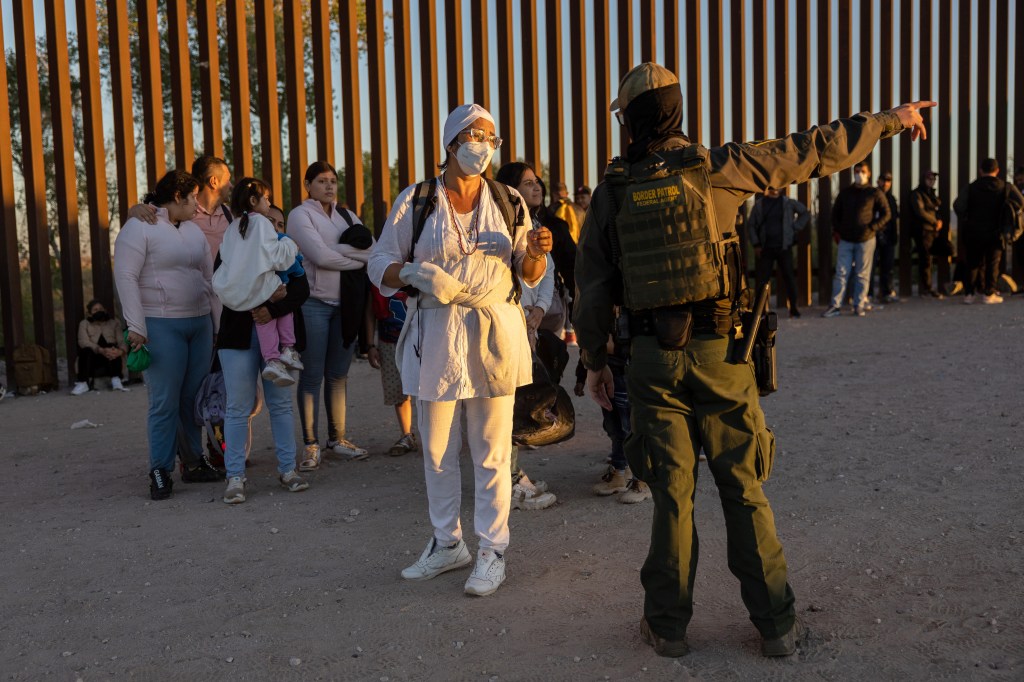 As both a trial attorney for the former Immigration and Naturalization Service and an immigration judge, I can state dispositively that this new system will encourage fraud, boost the number of erroneous grants, and encourage more migrants to enter illegally to game this new and poorly thought-out system.

mmigration judges are lawyers who must have at least seven years of experience. Before I was appointed, I had argued thousands of cases, advised the attorney general, and written provisions in the asylum laws.

As the Times notes, however, “Asylum officers do not need a law degree but must, among other things, participate in a five-week basic training course.” With due respect, that’s not a foundation for success when citizenship is the ultimate prize.

Incredibly, however, the Times fails to challenge Mayorkas’ claim that the new system “could reduce the incentive for migrants to trek to the border in the first place because they would know their case would be decided swiftly.” While it “could,” it almost definitely won’t.

Even under the new rules, the Times admits, “the challenge of how to quickly deport those denied asylum will remain.” Tackling that challenge and securing the Southwest border, where more than 2 million illegal entrants have been apprehended and a half million others have evaded Border Patrol this fiscal year alone, should have taken precedence over providing more rights to illegal entrants. But that’s not where the president’s priorities are.

Spain Under Pressure Over Migrant Deaths on Moroccan Border

Aaron Boone has no Aaron Judge updates to offer: ‘I know nothing’

Feeling sick? How to know if you have COVID, RSV or the flu

Biden’s pathetic disregard for the humanitarian catastrophe at the border

US court dismisses suit against Saudi prince in killing

Bill Maher skewers young environmentalists blaming elders for climate change: 'Using cars as much as we did!'

Stream It Or Skip It: ‘Warriors of Future’ on Netflix, VFX-Heavy Hong Kong Sci-Fi With A Debt To The MCU

Argentina's Fernandez Convicted of Fraud, Gets Prison and Lifetime Ban from Office

Saints' Mark Ingram apologizes for role in loss to Bucs: 'I'm sick about this one'

Warnock and Walker face off for final Senate seat of 2022

‘Family Karma’ star Amrit Kapai: Gizelle Bryant was ‘rude to me’ at BravoCon