A day later, it’s still a bit of a show to see the range of reactions from Mets fans, pondering Jacob deGrom slipping into the colors — are they red next year? Blue? — of the Texas Rangers.

Thus deGrom joins a substantial list of homegrown New York exiles, popular players who either through their own choices or the decisions of others began their careers here and wound up elsewhere.

Here’s one man’s ranking of the 30 weirdest so far. The one rule: their first career game had to be with a New York-area team. Have I missed anyone? I don’t think so. But let me know.

2. Joe Namath: Broadway Joe with horns on his helmet? No, sir.

3. Ed Giacomin: You can still feel the cheers and chants from the first time he came back to the Garden as a Red Wing.

4. Clyde Frazier: Clyde in Cleveland? That was never going to feel right. And it never did.

5. Sam Huff: Never has a New York athlete been more devastated by a trade. And Huff in Washington made the Giants pay. 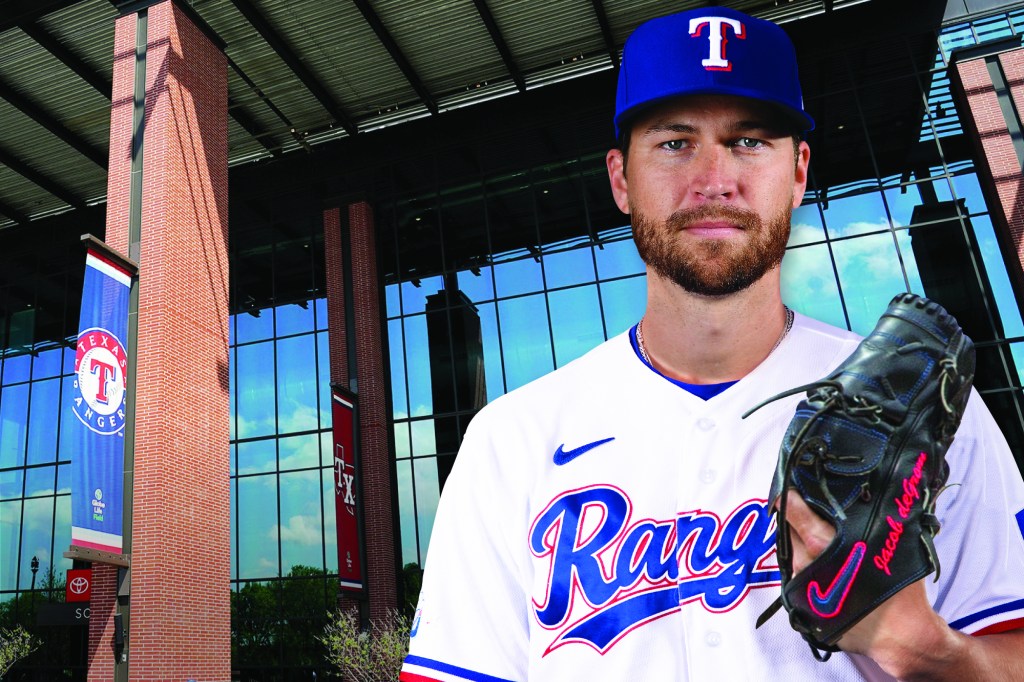 6. Martin Brodeur: He’s as ingrained a Devil as the NJ pitchfork logo. A Blue? Sacre bleu!

7. Patrick Ewing: Just a picture of Ewing in those old Sonics unis? Yikes.

8. Darrelle Revis: All is forgiven now … except maybe that stint in Foxborough. That’s a hard one to forget. 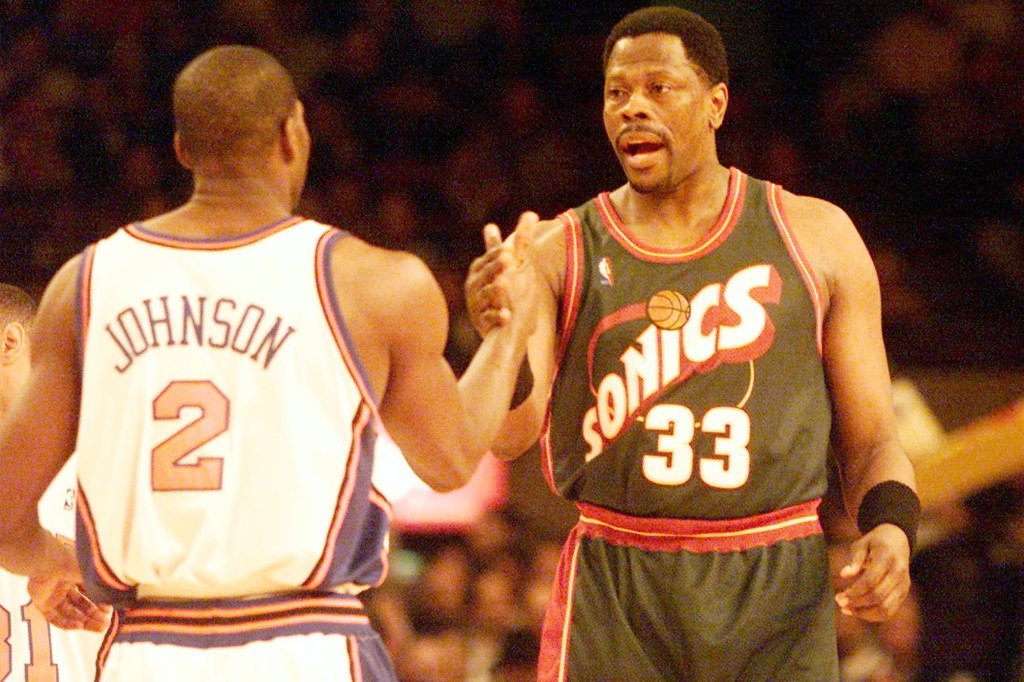 9. Bryan Trottier: He added two Cups to his collection in Pittsburgh, but a skating penguin across his chest rather than an orange Long Island? Ugh.

10. Darryl Strawberry: The departure was bad enough for Mets fans. Watching him become an essential element of the Yankees’ dynasty? Daggers.

12. Joe Klecko: You may have forgotten his last year with the Colts. Google it. Not pretty.

14. Dwight Gooden: Only the coldest-hearted Mets fans weren’t happy when Doc threw his no-no in 1996.

15. Buck Williams: Still the best homegrown player in Nets history, still warmly regarded, even after he spent time in a Knicks jersey.

16. Brian Leetch: It was probably time for him and the Rangers to part when they did. Still: Did any jersey other than a blue 2 ever seem to fit as well? 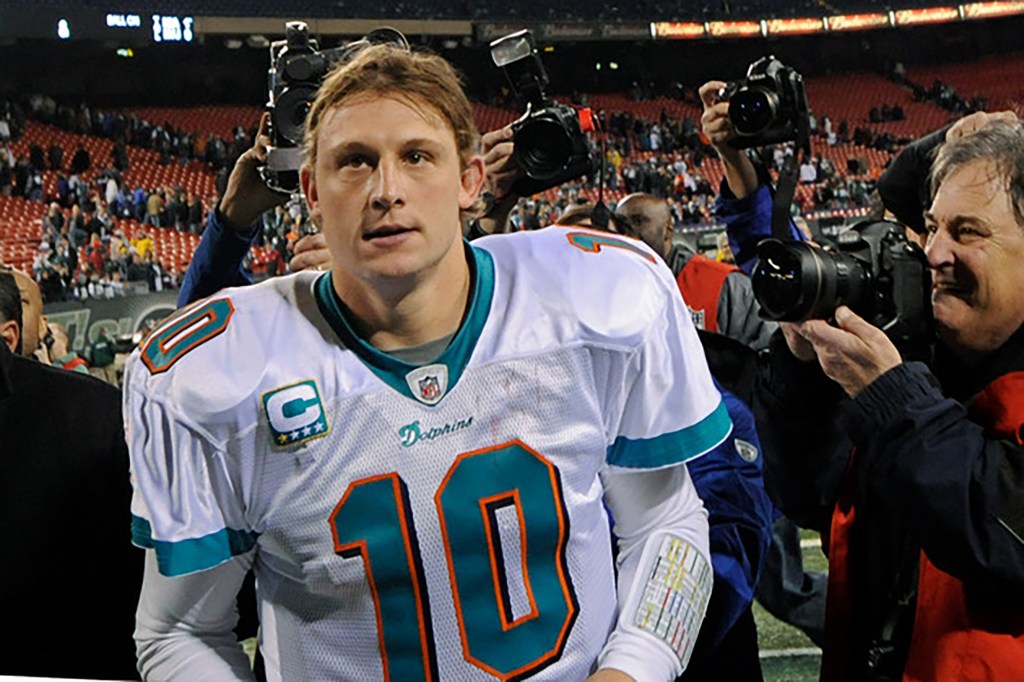 18. Chad Pennington: A lot of Jets-fan aspirations were torn up when his arm was. And then the 2008 finale as a Dolphin. Whew.

19. Robbie Cano: He was such a vintage Yankee with a vintage lefty stroke. If he’d stayed — and stayed clean — he could well be on a Cooperstown fast track. Alas.

20. Jim Burt: An essential piece of the heart of the 1986 Giants. It wasn’t easy to see him win another ring with the infernal 49ers a few years later.

21. Jean Ratelle: Him in a Bruins uniform should have been vetoed by the President. Of the United States, not the Rangers.

22. Nolan Ryan: More in retrospect than real time. But still, he never looked more at home than when he was blistering fastballs by the Braves and Orioles in a Mets No. 30 in 1969.

23. Clark Gillies: One of the most beloved Islanders, he spent his later years in Buffalo, and that image has been wiped from a lot of memories.

25. Brook Lopez: Once upon a time he was going to be the Nets’ foundation. Now he stands as a major impediment in Bucks green.

26. Jose Reyes: Reyes in a Marlins uniform on the cover of Sports Illustrated? Yeesh.

27. John MacLean: After so many years as a Devil, it hurt the eyes to see him in a Rangers sweater later on. 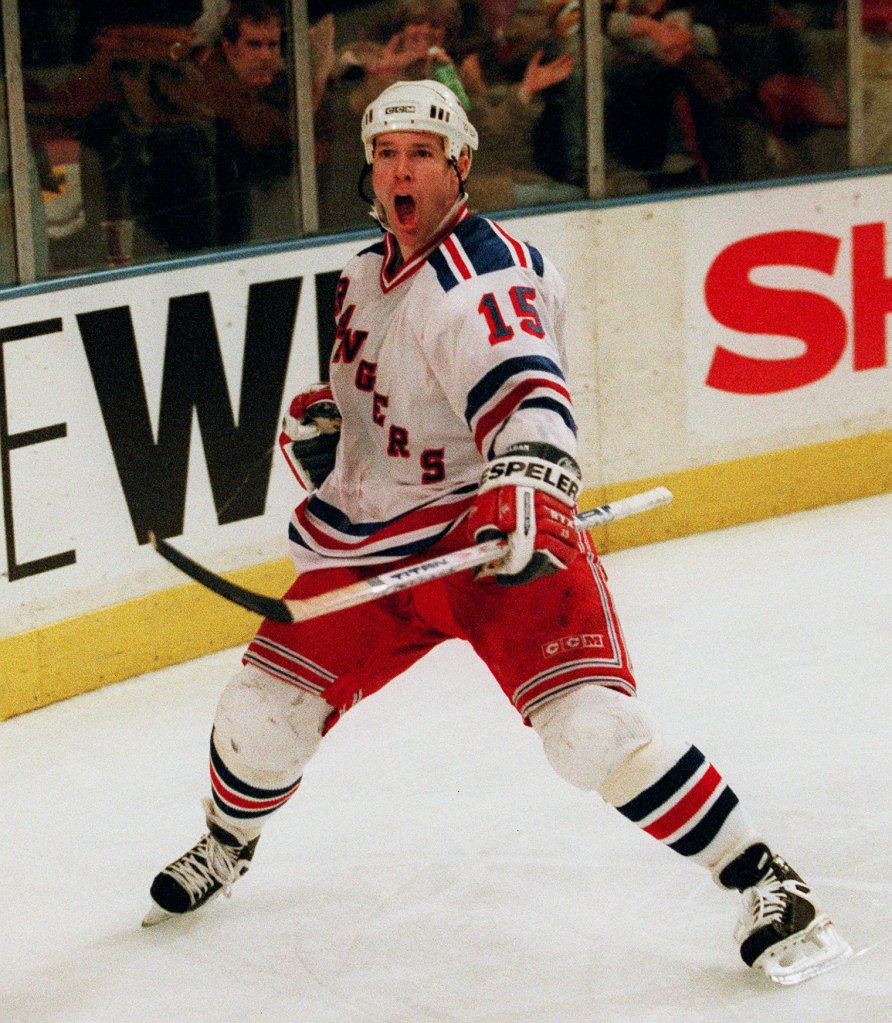 28. Brandon Jacobs: The idea of being in a 49ers uniform disgusted him, too. He lasted two games before returning to the Big Blue fold.

29. Bernard King: If you were a Nets fan those first few years, you knew you’d landed a unicorn. It was unimaginable to think of him in a Knicks jersey. Now it’s hard to see him in anything else.

30. Billy Martin: He only truly looked happy as a Yankee. Look at the pictures.

31. Buddy Harrelson: Pictures of him as a Phillie, and especially as a Ranger, aren’t easy to find. Good.

Nothing much is on the line Sunday in Minneapolis and in East Rutherford, N.J., only the Era of Good Feeling for the 2022 New York football season. Gentlemen, start your engines.

Sometimes, just seeing your name on a Hall of Fame ballot is all the validation a player needs. R.A. Dickey won’t get into Cooperstown. But he’ll get the full consideration of the voting body for at least this year, and he credits one man: Buck Showalter. “Buck gave me the chance to throw the knuckleball,” said Dickey, who recalled one six-homer start and a three-wild-pitch inning as a Ranger, playing for Showalter. “I don’t know what my career would have been without him.” 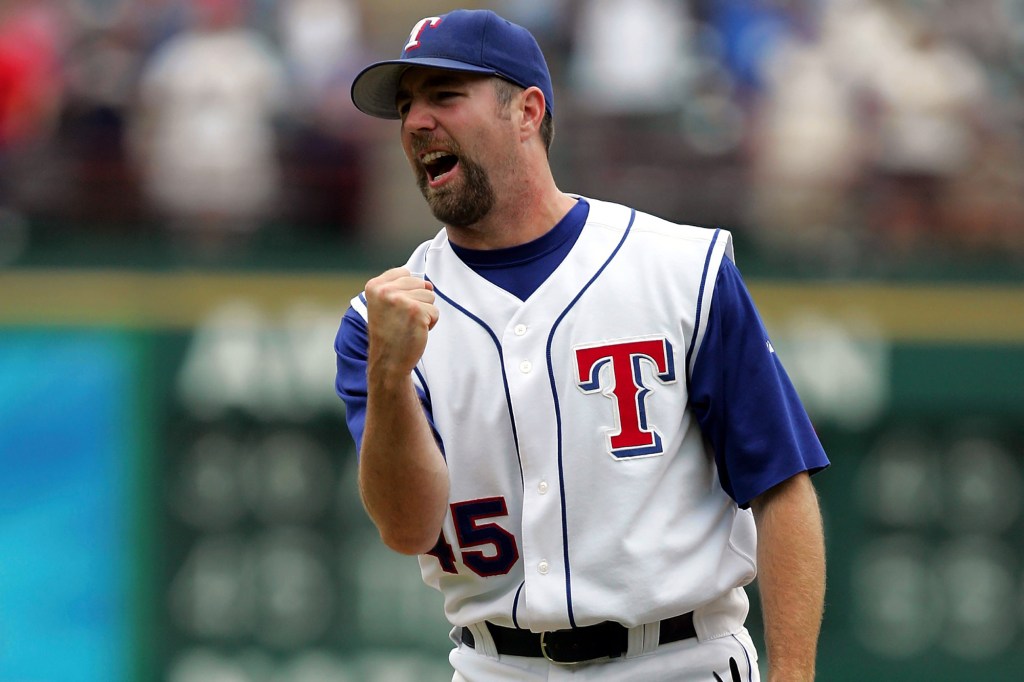 I randomly discovered the book “Wichita Lineman: Searching in the Sun for the World’s Greatest Unfinished Song,” by Dylan Jones, and it is impossible to put down if, like me, you are a fan of 1960s pop culture, of which that classic Jimmy Webb-Glen Campbell song is very much part of the foundation.

We’re really going to have one of those Celtics seasons, aren’t we?

Whack Back at Vac

Charles Costello: Hoping for many more nights like Tuesday in Detroit, when I couldn’t help but think that Julius Randle and Francisco Lindor actually did end up getting together for that lunch you proposed back in August.

Vac: Right now it feels like Randle is where Lindor was in the middle of June: some way ups and some way downs. If he could ever hit his stride the way Lindor did around the end of July … 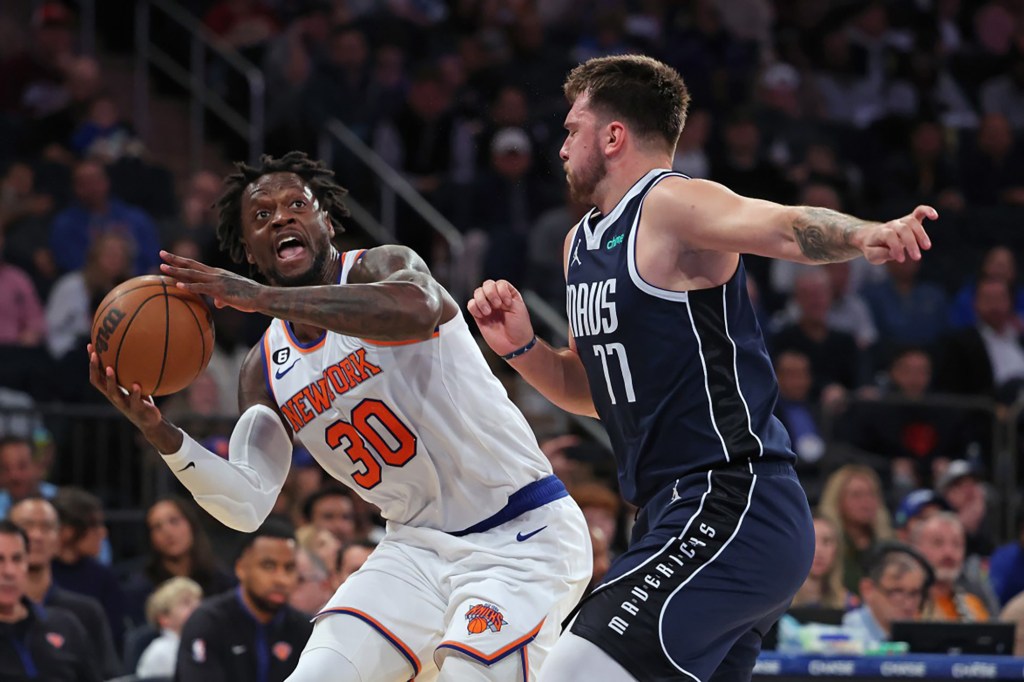 Brian Briankrysz: I think Jeff Innis is one of the best pitchers who played his entire career here. He also never missed a Mets fantasy camp until two years ago when cancer sadly began to strike him down.

Vac: Also one of the truly good folks, by acclimation, to ever walk into the Shea Stadium clubhouse. He deserves to be remembered in every and any way possible.

@leah_shev: I don’t think the point is that we don’t have enough random Mets-for-life, it’s we haven’t been able to hold onto our franchise-type stars and make THEM Mets-for-life. We literally couldn’t retain the man we still call “The Franchise.”

@MikeVacc: The Tom Seaver Statue issue was resolved this year; the Statute of Limitations on mourning the Tom Seaver Trade may never be resolved.

William Dancosse: As far as Odell Backham Jr. is concerned: fool me once, shame on you; fool me twice, shame on me. It can be argued one of the reasons they are where they are now is because they got rid of OBJ. As far as I’m concerned signing him is going backward, not forward.

Vac: I’m fascinated that three teams with smart folks in charge don’t seem even a little concerned that you have zero idea what version of OBJ — after TWO knee surgeries, one Super Bowl and around $102 million in total salary — you’re getting at age 30.

A homeless mother left her dog with a note: "Please love me." A shelter reunited them.

Black Americans more likely to be IRS audited than other races

McCarthy hopeful after first meeting with Biden on debt limit: 'I think that at the end of the day, we can find common ground'

Synthetic blood could save thousands of lives thanks to $46M grant

The Adani Crisis Could Push Clean Energy Investors Away From India

Police search for 3 rappers who went missing after canceled event

VP Harris speaks at Tyre Nichols's funeral: "We mourn with you"

VP Harris speaks at Tyre Nichols' funeral: "We mourn with you"

Listen to Episode 71of the ‘Marchand and Ourand Sports Media Podcast’: What’s going on with Nantz and Romo?

California woman with gun fatally shot by deputies in mountains

What is universal life insurance?

Pope Francis consoles Congolese victims: ‘Your pain is my pain’

MLK invoked as Tyre Nichols' life is celebrated in Memphis

Harris mourns Tyre Nichols at funeral and calls for police reform: He 'should have been safe'

16-year-old NYC boy possibly stabbed by other teen in feud over girl: cops

Brooklyn indie rocker gets dead stranger’s ashes in the mail

I dated a guy for 6 weeks, then found out he’s married — here’s how

Save 25% on select Nespresso models from Amazon

Here's how to watch the 2023 Grammy Awards

Pamela Anderson poses in nothing but Rapunzel-length hair extensions

US Denounces Sudan Release of Killer of US Aid Worker

Best deals on mattresses in 2023 ahead of Presidents' Day

Should seniors refinance their mortgage?

Tony Romo opens up on evolving in broadcast booth: ‘Going to fail all the time’

Turkey's Erdogan to Sweden: ‘Don't even bother’ with NATO bid if Quran-burning is allowed

10 best storage containers you can find on Amazon, based on reviews

Guns in the House? A raucous Natural Resources panel debate

What Time Will The ‘On My Block’ Spinoff ‘Freeridge’ Be on Netflix?

Actress, 30, beaten by stranger, diagnosed with brain tumor and run over by car at hospital