A woman who says she is “tired of being pretty” has opened up about the negative impacts being beautiful has had on her life.

Model and business owner Emily Adonna says she has been told throughout her life that she is “beautiful”, and admits that her “good looks” helped catapult her career in modeling.

While she recognizes that she has benefited in some ways from being conventionally attractive, the influencer says being “very pretty” is not all it’s cracked up to be.

Emily says her looks mean she is often harassed and even grabbed in public, while she also speaks of missing out on career progression because she is “too beautiful”.

“Pretty privilege is a thing, I’m not here to deny that,” she said in a clip posted to TikTok.

“But it comes with disadvantages. I’ve never been in a job where I haven’t been harassed.

“I’ve rarely been in social situations where I haven’t been harassed. People don’t usually take ‘no’ as an answer with me, because they think I’m something to be possessed.

“People do not ask before touching me in public, I am grabbed regularly.

“I was once passed up on for a business opportunity because they said that I was too young and beautiful.

“They thought that would be distracting for the other people in the industry.”

Emily, who lives in California, said she has noticed a huge difference in the way strangers treat her when she is dressed up with makeup on compared to when she is more casual. 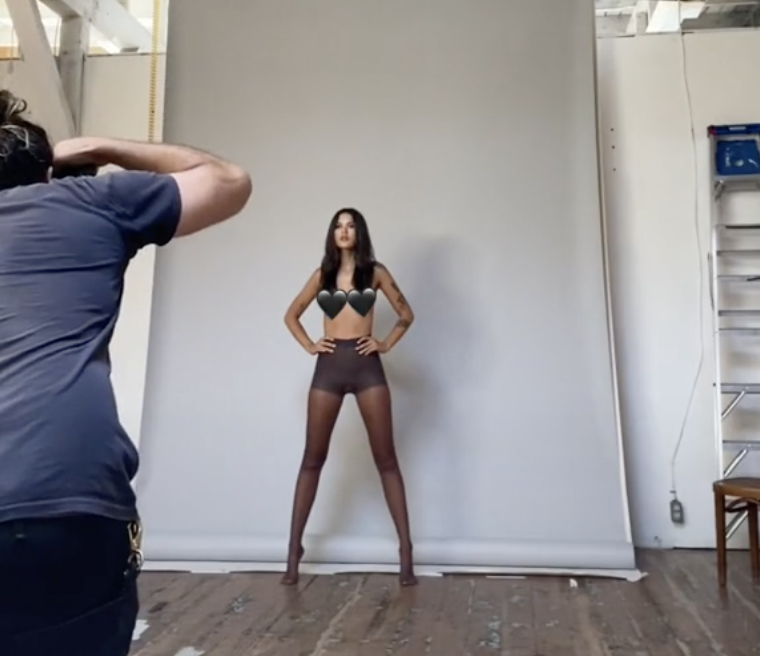 She explained that due to her looks, many people think they are entitled to her time, and she feels she is often sexualized.

“I am treated differently, and it is night and day, when I go in public with a mask and raggedy old oversized clothes, and looking how I am right now,” she said.

“When I look raggedy, people don’t touch me, they don’t feel entitled to me.

“It’s the idea that because I’m present and because I’m pretty, there is a sense of entitlement to that space, or that I’m automatically associated with something sexual.”

She opened up about times in her life when she has experienced harassment, and feels she is not taken seriously due to her looks.

“People say well you’re a model, so you should be used to the attention,” she said.

“In so many situations when I’ve shared negative experiences that have happened to me, the response is always like, ‘Well you’re a beautiful woman, you’re so pretty, you have to be careful, what were you wearing? Were you too nice? Because you’re very pretty.’

“That’s the part I don’t like. I should be able to go out and be safe.”

In a follow-up video, Emily said she was “tired of being pretty” – and was even going out of her way to make herself, in her opinion, less desirable.

“I am a beneficiary of pretty privilege. I get that,” she said.

“But I’m f**king tired of being pretty.

“I pierced my face, I got hand tattoos that are culturally designed to destroy beauty.

“Being pretty is not always a privilege.”

“Girls who aren’t pretty by societal standards also get harassed in most social and professional situations,” one said.

“Let’s not act like it’s a problem please, be grateful and move on,” posted a user.

“I hear you so hard this happens it’s not fun, being pretty is a liability,” wrote one.

“Thank you for speaking about this, don’t let anyone silence you,” said another.

Best deals at Walmart this week ahead of Valentine's Day 2023: Apple, Dyson, Vizio TVs and more

Chris Harrison Claims He Was Ready to Leave ‘The Bachelor’, Says Kaitlyn Bristowe And Tayshia Adams Were “Doomed To Fail” As Hosts

Viola Davis joined these EGOT winners at the 2023 Grammy Awards

Americans have low confidence in leaders, GOP at risk in political disputes: POLL