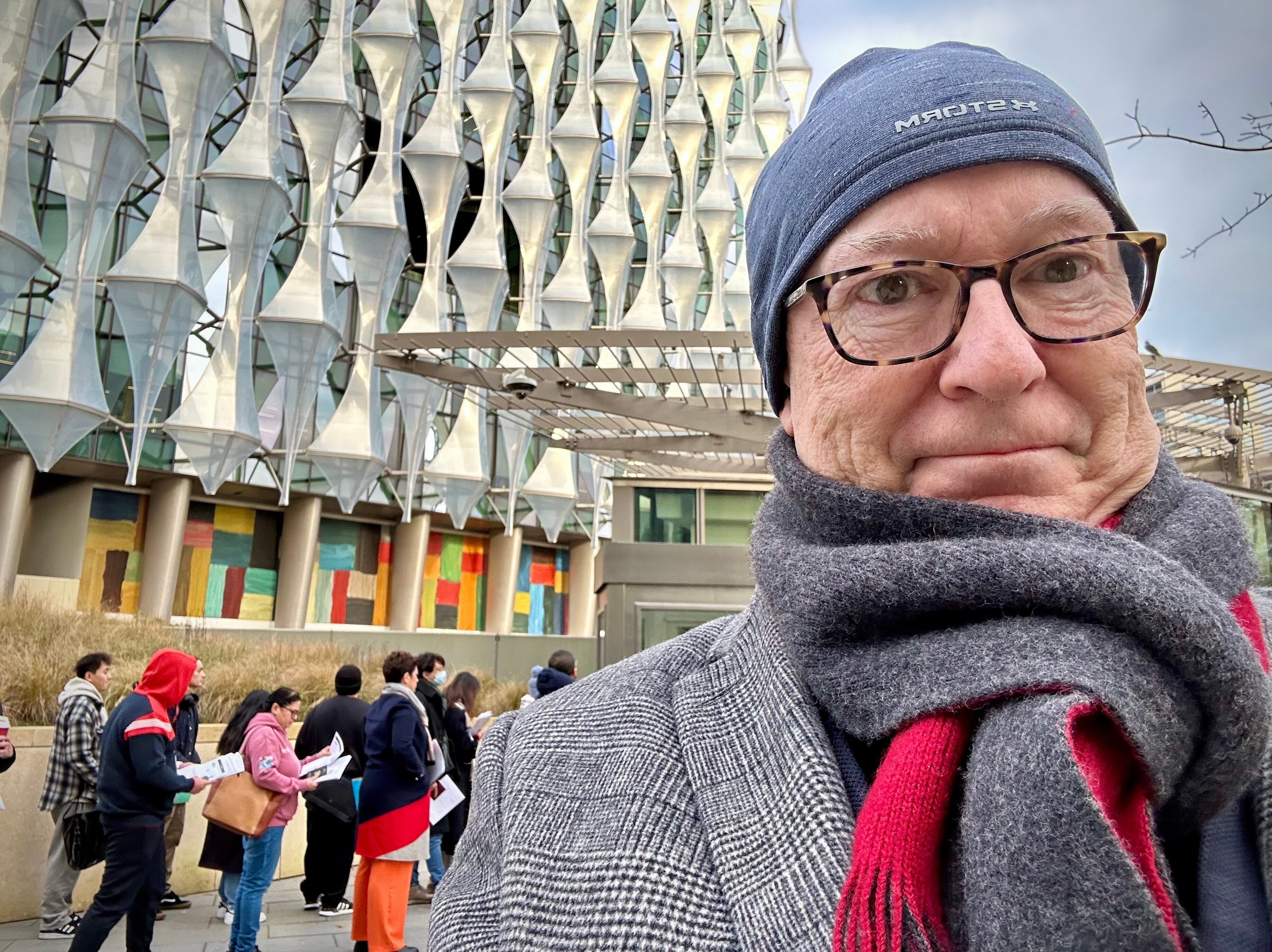 A British journalist running a daily local news site in New York City has been denied a visa to return to the US because the publication’s income is too small.

Phil O’Brien’s website, named W42ST.nyc for West 42nd Street in Manhattan, runs the site alongside two members of staff, one full-time and one part-time.

O’Brien was told by a US embassy official on Thursday (1 December) he would be unable to change the decision.

The denial separates O’Brien from his partner, home and business, as well as the community he covers.

O’Brien is the founder of sports photography agency Empics, which he sold to PA Media in May 2004. He moved to New York in December 2012, launching W42ST two years later to serve his adoptive neighbourhood of Hell’s Kitchen.

Originally a monthly magazine on goings-on in the area, W42ST shifted to daily online publishing during the early Covid-19 pandemic.

W42ST is primarily ad-funded, receiving approximately 10% of its revenue from reader donations.

O’Brien said the site had carried more than 40 advertisers in 2022 and that the profit “will more than cover my salary”.

O’Brien returned to London in October to apply for a renewed entrepreneur’s visa to remain in the US. However, despite preparing approximately 1,000 pages of documentation in support of his application, he wrote in W42ST’s newsletter that the embassy interview lasted less than five minutes and focused exclusively on the business’ apparently dwindling turnover.

He wrote: “The interviewer asked me about why W42ST’s sales had gone down in the last couple of years (I explained about the pivot from print magazine to digital daily); why in two out of the five years of the print magazine we had made a loss (I explained business had been challenging, but I had supported it with my own money); why profits had been small in the last two tax years — 2020 and 2021 (I explained that times had been tough for every small business in NYC during Covid — but in this year, 2022, it was much improved)”.

O’Brien told Press Gazette that the interviewer “never asked about the business once, and just kind of decided [based] on a few spreadsheets. I think she must have assumed that I was just a guy sitting in my bedroom at home, every six weeks writing a blog post – so obviously hadn’t even looked at the site.” 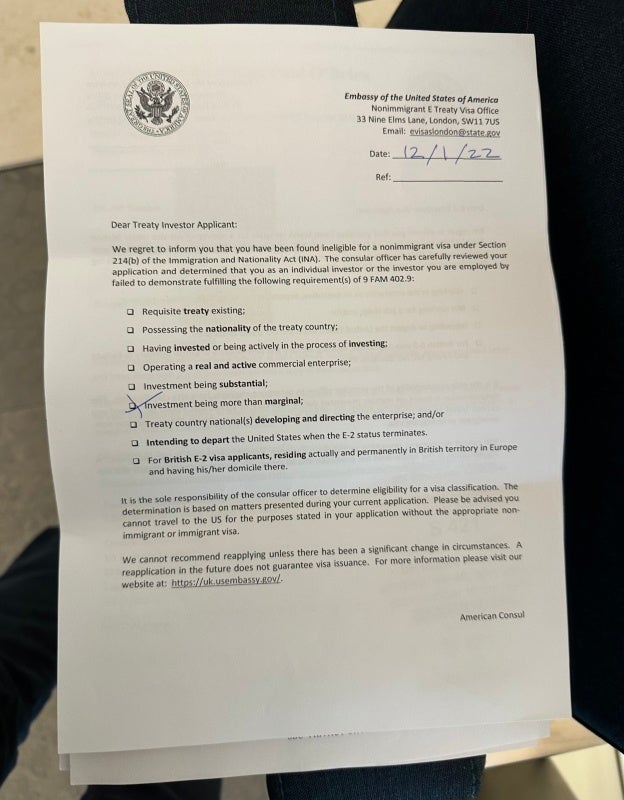 The interviewer then handed O’Brien a decision paper saying he had been “found ineligible for a nonimmigrant visa” because he had failed to demonstrate W42ST had “investment [that was] more than marginal”.

O’Brien said: “I asked her at the time ‘What can I do?’ and she abruptly said ‘Nothing.’”

O’Brien has asked for a supervisory review of the decision, although such decisions typically reaffirm the original ruling.

He has also asked supporters to email the embassy. O’Brien said on Monday he had so far been CC’d on 70 letters endorsing his application, including from lawyers, a local council member in Hell’s Kitchen and a New York state senator representing the area.

“I’ve been very moved by it. I have had two marriage proposals – in fact another this morning, I’ve had three now.”

A legal blog about E2 visas states that if your business “expands local job opportunities, positively impacts the local economy, has the potential to grow over the next few years, remains profitable for a set amount of time, or maintains a healthy number of employees, you should be able to establish that it is not a marginal business”.

A US government official said of O’Brien’s case: “Visa records are confidential under US law; therefore, we cannot discuss the details of individual visa cases. Whenever an individual applies for a US visa, the applicant must demonstrate that they qualify for the visa classification sought.

“Consular officers review the facts of each individual case and determine whether the applicant is eligible for that visa based on US law. Consular officers can only deny visa applications if an applicant is found ineligible under the Immigration and Nationality Act or other provisions of US law.

“All visa applications are adjudicated on a case-by-case basis.”

Email [email protected] to point out mistakes, provide story tips or send in a letter for publication on our "Letters Page" blog

Denial of responsibility! The World News is a platform for publishing news. Any user can add any publication. In each material the author and a hyperlink to the primary source are specified. All trademarks belong to their rightful owners, all materials to their authors. If you are the owner of the content and do not want us to publish your materials, please contact us by email [email protected]eworldnews.net. The content will be deleted within 24 hours.

I fought brutal Wagner troops for 10 hours at a time – they came in waves like zombies, says Ukrainian soldier

Dad loses custody of daughter, 5, after leaving Alexa to 'babysit' as he went to pub

Major passport warning as prices to increase from TODAY

Economy is pummelled on the biggest day of action in a decade as civil servants, bus and rail staff, lecturers and teachers go on strike