Nurses are threatening even more strike action in January and warning the numbers walking out will increase if the UK Government doesn't get back around the negotiating table. The NHS is facing a winter crisis with some 100,000 nurses to go on strike in a furious dispute over pay. Members of the Royal College of Nursing (RCN) in England, Wales and Northern Ireland will stage the biggest strike action of its kind for the sector when they walk out for 24 hours on December 15 and 20.

Nurses and other nursing staff will take action at half of the locations in England where the legal mandate for strikes was secured last month. There will also be strike action at every NHS employer in Wales except one and throughout Northern Ireland.

In a further blow for hospitals throughout the UK, the GMB trade union said more than 10,000 ambulance workers across nine trusts in England and Wales will strike - a day after nurses also walk out over pay.

Speaking to Express.co.uk, RCN General Secretary and Chief Executive Pat Cullen accused the Government of "forcing nurses to strike" by not meeting for "detailed negotiations on NHS pay".

He insisted the door remains "open" for negotiations to take place over nurses' pay but warned if this fails to materialise, more strikes will follow, with more nurses walking out. 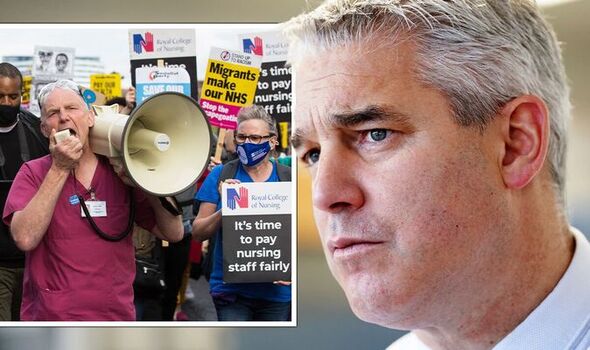 Nurses are threatening more strikes in January that could see the number walking out ramped up (Image: GETTY) 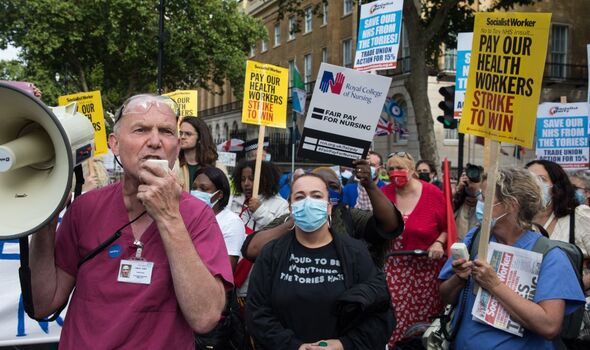 Mr Cullen told this website: "The meetings with the UK Government were not formal, detailed negotiations on NHS pay. That’s what I offered and the Government declined.

"They have forced nursing staff to strike and patients will know this was the government’s decision. And the government has the power to open negotiations any time.”

The RCN boss further warned: "Since the result of the ballot was announced, we have sought detailed and formal negotiations with the Government. We have attended two meetings with the Health Secretary that did not focus on this year’s NHS pay dispute.

"If the negotiation table is empty, we can see they are not serious about progress and we are calling on them to negotiate with us. Our door is open. 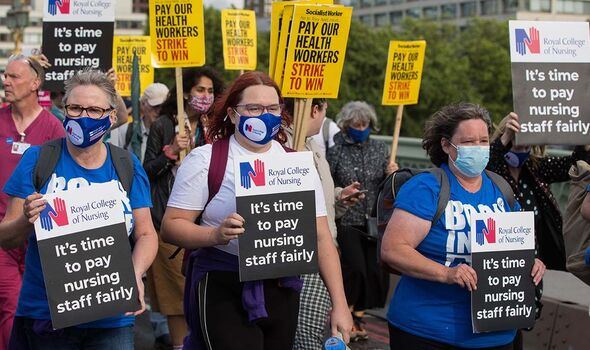 Nurses are furious at the Government as a row over pay explodes (Image: GETTY)

"RCN members will take action at half of the locations in England where the legal mandate for strikes was secured in November. The number of NHS employers affected by action will increase in January unless negotiations are held."

The RCN has said that despite the recent pay award of £1,400, experienced nurses are 20 percent worse off in real terms because successive below-inflation awards since 2010.

It wants nurses to receive a five percent pay rise above inflation, claiming the economic argument for paying nursing staff fairly is clear when billions of pounds are being spent on agency staff to fill gaps in the workforce.

Health Secretary Steven Barclay has his "door is open" to meet with nursing union officials ahead of strikes later this month. 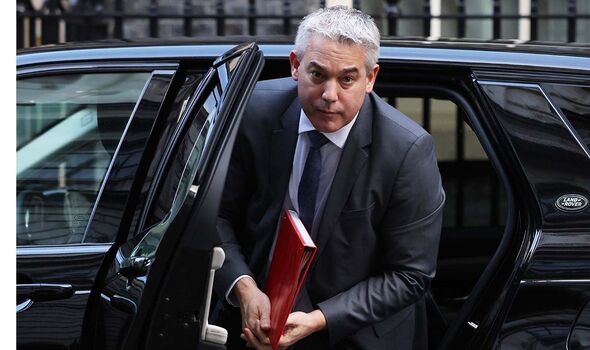 Shadow Health Secretary Wes Streeting told the House of Commons: "The chairman of the Conservative party (Nadhim Zahawi) claims that NHS strikes are exactly what Vladimir Putin wants, so why isn't the Health Secretary negotiating to prevent them from going ahead?"

Mr Barclay replied: "I have seen him make this claim across the media a number of times. Just to reassure him, my door is open. I have been very clear with the trade unions I am available.

"I am available to see them this afternoon or tomorrow. It is not me that set a precondition on those talks.

Mr Streeting replied: "We get the warm words about wanting to negotiate but a Government source briefed the Times last week that his plan is to wait for public sentiment to turn against striking nurses."

"He knows this winter is going to be the most difficult the NHS has ever faced and he is using nurses as a scapegoat to avoid the blame. That is the shameful truth isn't it?"

The Health Secretary responded: "The point is he himself does not support the 19 percent pay demand of the trade unions. So, he stands here saying we should be talking while himself not accepting their proposals."